At their E3 Press Conference, Microsoft revealed that they have acquired four game developers to expand their first-party development efforts. In total, five new developers are joining Microsoft Games Studios, including Microsoft's newly formed developer, The Initiative.
Microsoft has acquired the developers of Forza Horizon, PlayGround Games, State of Decay maker Undead Labs, the creators of Hellblade: Senua's Sacrifice, Ninja Theory and the team behind We Happy Few, Compulsion Games.

This effort will allow Microsoft to release more story-driven first party games, allowing each of these developers to focus on creating great games while allowing Microsoft to better sell their Xbox platform to gamers across both PC and Xbox One. 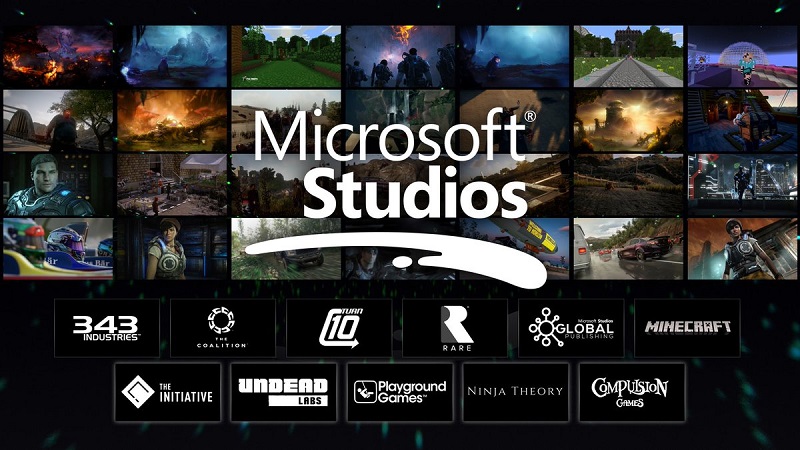 Most Xbox exclusive games now release on PC as part of Microsoft's Xbox Play Anywhere initiative, though the main downside of this effort if Microsoft's Windows Store, which is a sub-par service when compared to competing PC gaming platforms like Steam.

You can join the discussion on Microsoft acquiring four developers to expand their first party games lineup on the OC3D Forums.

NeverBackDown
MS:"Hey guys we are going to finally fix our IP problem and release more games!"

MS: " they are apart of our Microsoft's Xbox Play Anywhere initiative"

N0ddie
Quote:
Whats wrong with Play Anywhere for gamers. How is there any negatives for this? I pay one price and can play it on both my PC (when the Mrs wants to watch the tele) or my console when she's happy to do her own thing.

Cloud gamesave means its a seamless experience. I don't get the hate with PA.

The only negative I see if for MS who may lose out on a console sale because people will buy it on PC and not need a console. I hope more games come to PA tbh.Quote

WYP
Quote:
The only negative in my eyes is the fact that most of the games are exclusive to the Windows 10 Store on PC. It isn't exactly a great experience.Quote

N0ddie
Whats not great about it? I click buy, download and play. It updates automatically so is ready to play.

Its no different to buying off steam in my book.Quote

Daiyus
Quote:
I have to second this. While I have my own personal hierarchy of how I prefer to get games I've never found the Windows Store to be terrible. Sure it's not as feature rich as Steam, Uplay, Origin, etc but it does the job of installing my game so I can get on with playing it.

As a recent Linux adopter and advocate of DRM free games would I prefer a platform agnostic approach? Of course but its Microsoft so we know that isn't going to happen soon. Getting Xbox exclusives in any format on PC is a step in the right direction; I'll support what willingness there is and drive to improve it from there.Quote
Reply