4A Games is taking part in a Steam Exodus

Epic Game and Deep Silver have announced a partnership which will see Metro Exodus ships its PC version on the Epic Games Store, a deal which will remove the game from Steam later today.

While existing pre-orders on Steam will be fulfilled on Steam, after today no more purchases will be possible on the platform. All updates and DLC will be brought delivered to Steam users, but full game purchases will no longer be possible.

Metro Exodus releases on PC, Xbox One and PS4 on February 15th, with 4A Games stating that the extra revenue share that's offered by Epic's storefront will enable the developers to invest more in content which will benefit Metro fans. The Epic Games Store gives developers 88% of their game's revenue, which is a significant increase over the 70% that Steam offers as a default.

Deep Silver's CEO, Dr. Klemens Kundratitz, has stated that Epic's revenue terms will allow the publisher to "invest more into content creation, or pass on savings to the players", both of which will benefit gamers. At this time Metro Exodus costs £49.99 on both Steam and the Epic Games Store. 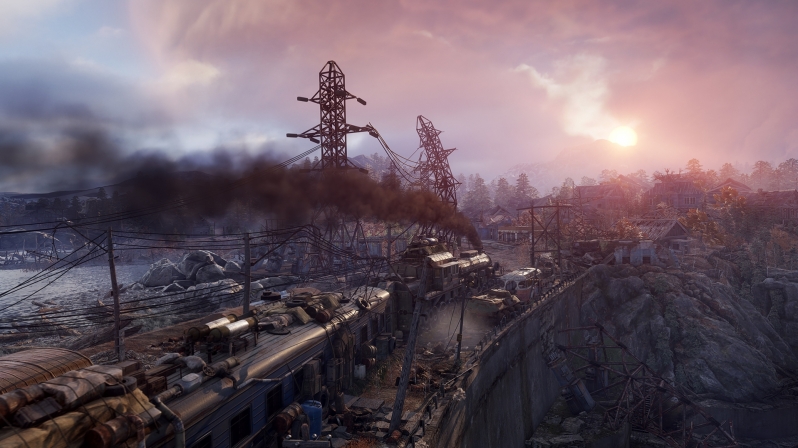 (There is a train wreck analogy in here somewhere)

If PC gamers want top purchase Metro Exodus on Steam, they will only have a few more hours to do so, after which the game will be removed from the store, leaving only the Epic Games Store version available.

You can join the discussion on Metro Exodus' exit from Steam on the OC3D Forums.

g0ggles1994
While I'm annoyed by this, I'm glad as well since it is showing Steam that they are getting too greedy with their takes from each sale. At the same time though, Deep Silver have shown their greed by not dropping the prices at all in favour of more profit. But I suppose that might be because people who have already paid via Steam would kick off.

But regarding the train wreck analogy, this will hurt sales. Especially given how close to release they've decided to pull this stunt.Quote

AlienALX
That's me screwed as my key was Steam.

I'm glad to see this happening. More and more games starting to leave steam should finally kick them into doing better.Quote

Greenback
That's great, give it a month or 2 and it will be 1 of their free giveaway games