The game will also available via Xbox Game Pass PC

Not only will Metro Exodus be available on the Microsoft Store, but the game will also be available as part of Microsoft's Xbox Game Pass PC subscription service, which is set to be launched during Microsoft's E3 press conference. 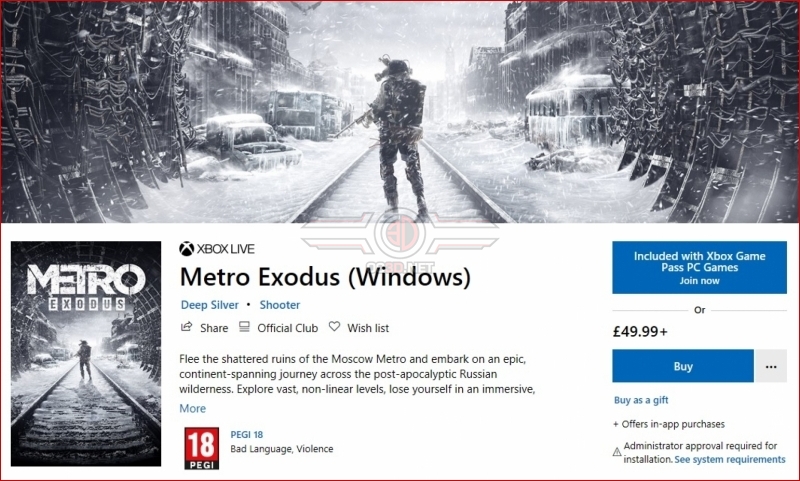 This release raises many questions. Is Epic Games' "exclusivity" agreement with Deep Silver a "keep this game away from Steam" agreement, or has Deep Silver renegotiated their deal with Epic Games to allow Metro Exodus to release on other platforms? I guess we will learn more in the coming days and weeks.

You can join the discussion on Metro Exodus' PC version coming to the Microsoft Store on the OC3D Forums.

AlienALX
Funny this came up as I was about to post about it.

Been playing this all weekend on and off. I had to get to where I was on my second gaming PC at mum's which was annoying due to the cut scenes and story. I'm glad I did though as the game vastly improves the deeper you get in. I just did the mission into the archives underground and it was exceptional. Really brought back the creepiness feeling of going into a vault in Fallout 3. Tons more shooting and action too, I was worried it wouldn't pick up and was getting a little bored with just story.