Metro Exodus is timed exclusive to the Epic Games Store on PC, thanks to a deal between the game's publisher, Deep Silver, and Epic Games. This deal came very deep into Metro Exodus' development cycle, with news of the change coming to both 4A Games and Valve less than a month ago, long after pre-orders for the game were opened.

The decision to remove Metro Exodus from Steam came so late that many PC copies of the full game now sport both Steam and Epic Games logos, with the game's Steam information being crudely blocked by a sticker. With less than a month before launch, 4A Games and Deep Silver were unable to prevent the game's original Aurora Edition boxart from being printed, making the game's physical edition feel a little less premium than it should.
Images of Metro's Aurora Edition boxart were released online by @RobotBrush on Twitter, an artist who claims to do visual effects work for the Angry Joe Show series on YouTube. 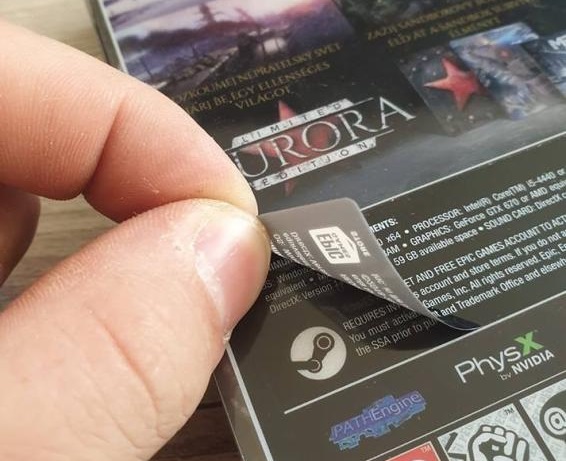 Part of the appeal of premium edition games has always been their premium packaging, making this last-minute change even more if a disappointment, as it undoubtedly spoils the look of the game's physical version. It is a shame that Deep Silver's exclusivity deal wasn't made in time to fix the game's retail printings.

You can join the discussion on Metro Exodus' Boxart Stickers on the OC3D Forums.