4A Games has received a lot of criticism since they announced that Metro Exodus was moving from Steam to the Epic Games Store, becoming a platform exclusive game in the process.

Things have only gotten worse since then, with a forum post from an alleged 4A Games developer called "scynet" reportedly claimed that the developer wouldn't make future series entries for PC if gamers decided to boycott the game's Epic Games Store release.

For starters, a comment from a single, unknown developer shouldn't be taken as the word of a developer as an entity, and second, the forum post in question is written in Russian, with most English websites using machine translations in an attempt to post their quick news pieces. Many of these translations have proven to be inaccurate, as scynet's comment regarding a boycott of the Steam platform was referencing a potential worst case scenario, and as such shouldn't be considered as a threat to PC gamers.

If a game doesn't sell well on a platform, it would make sense for that platform to be avoided in the future if sales were not worth the extra development time. This isn't a threat, that's just business. Machine translations of this post make it seem more anger fuelled and threatening to gamers, but the reality is that this is a developer who voiced their opinion and layed out a worst case scenario for if "all PC gamers boycott the game".

In a recent post to their @MetroVideoGame Twitter account, 4A Games confirmed that "comments made by a member of the 4A Games development team do not reflect Deep Silver’s or 4A Games’ view on the future of the franchise" and further confirmed that Exodus' move to the Epic Games Store was made by Koch Media and Deep Silver, the game's publisher. 4A Games don't get to choose what platforms the PC version of their game is sold on.

The recent decision to move Metro Exodus from Steam to the Epic Game Store was made by Koch Media / Deep Silver alone.

The recent comments made by a member of the 4A Games development team do not reflect Deep Silver’s or 4A Games’ view on the future of the franchise. They do reflect the hurt and disappointment of a passionate individual who has seen what was previously nothing but positive goodwill towards his work turn to controversy due to a business decision he had no control over. We respectfully ask that any and all valid feedback over this decision is directed at Koch Media / Deep Silver, and not the developers at 4A Games.

The future release strategy of the Metro series lies with Koch Media / Deep Silver. Our decision to partner with Epic Games was based on the goal of investing in the future of the series and our development partner at 4A Games. We have every intention of continuing this franchise, and a PC version will always be at the heart of our plans. 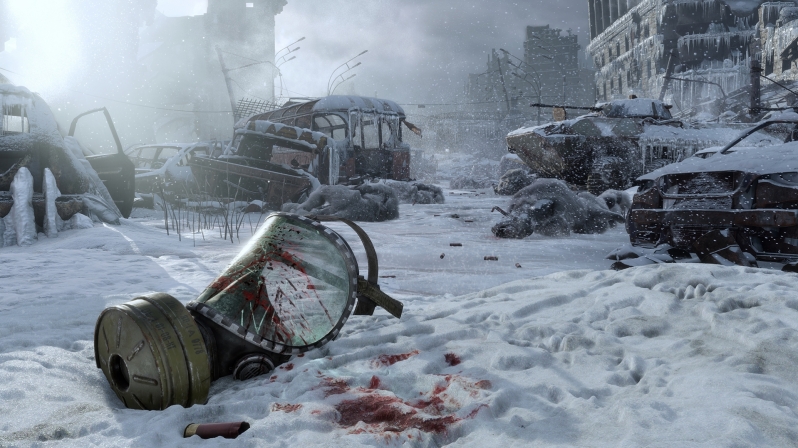 What lessons can be learned here? First, it is always worth remembering that machine translations can be false, or at a minimum, stress the wrong parts of a sentence. It is always worth looking for an accurate translation when reading news stories which relate to foreign language web posts, as there can often be information that is lost or distorted in translation. Second, the words of a single developer do not represent the team as a whole, that much should be obvious.

4A Games have no power to change Metro Exodus' release status on PC, with that power coming exclusively from Deep Silver, the game's publisher, who is owned by Koch Media. As such, criticisms regarding the game's exclusivity to the Epic Games Store should be levelled at Deep Silver, not 4A Games. Furthermore, 4A Games has stated that "a PC version will always be at the heart of our plans", a statement that's evidenced by the love and care that all entries in the Metro series have received on the PC platform.

You can join the discussion on 4A Games' response to Metro's recent PC boycott claims on the OC3D Forums.

tgrech
Not at all surprising, certain game developers have been saying for years that PC is barely a viable market for them, and that with current financials many developers are already sacrificing PC versions in favour of focussing on consoles for the first year or so because of the heavy losses associated with AAA PC releases and little profit.

If the one thing that can keep many developers on PC is being boycotted by the PC market then I don't see why all but the most popular of developers would stick around.Quote

demonking
It is a shame....
As much as I hate to say it an easy fix would be for Microsoft to step in and offer use of the windows store included in the licence fee for DirectX. This would solve a big part of this issue.
I love my steam account, but I do not like valve they are the worst for support, customer service and actually providing what their customers want. They have held the monopoly on PC gaming for so long that it will be a good few years until I could dream of retiring steam for an all in one solution. I don't like that we have so many different stores and launchers now. You don't see PS4 players having to log into different services to access their entire library and play with friends and I think its high time that something happens to stop this massive segmentation.Quote

tgrech
There are no royalty fees for using DirectX, it's free for a developer to use commercially as desired.
Developers avoidance of Windows Store is primarily because of the work required to launch a game on there in terms of all the specific APIs & conformities required, as well as the fact many PC users are still on Windows 7, amongst other things, though things will change as said APIs have more layer/libraries developed for them to make use by smaller devs possible & the APIs more common place. After that they still have some cleaning up to do for it to be a good platform for games, but it's certainly came a long way recently.Quote

demonking
Did not know that, thanks for info.
Does Microsoft not get a cut from games on Windows then?Quote

Dark NighT
Quote:
Nothing because it has always been a traditional Operating System for a open platform.

The games they sell on the windows store probably has a cut assigned to Microsoft, but everything else on any other store is royalty free.Quote
Reply