Maximum Confirmed! Crysis Remastered has been revealed through website metadata

Maximum Confirmed! Crysis Remastered has been revealed through website metadata

At this time, we do not know the release date of Crysis Remastered, what storefronts it will release on for PC and whether or not the game will include both Crysis and Crysis Warhead. This should all be revealed in time.

We can expect Crytek to officially announce the game in the coming days, as the data within this article came from the metadata of Crytek's Crysis website. With this announcement, we expect to see the game in action with a gameplay trailer, which will showcase the game's next-generation visuals. We can't wait to see this game in action. 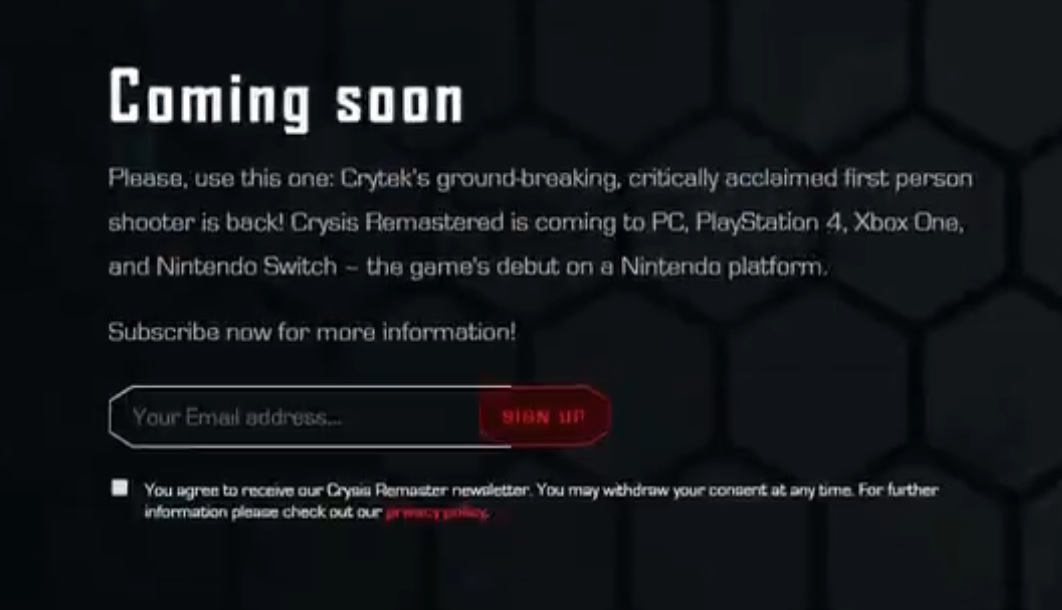 You can join the discussion on Crysis Remastered on the OC3D Forums.

Damien c
So many good games coming this year, Horizon Zero Dawn and now Crysis Remastered are the main ones I am looking forward to.


Where am I going to find the time

Peace Đ
My body is not ready for this kind of hype!! My PC isn't as well...Quote

AlienALX
Please PC only, and be a right melter. No compromise !

I also hope they include Warhead too.Quote

ImprovizoR
Can't wait for the return of the glorious "Can it run Crysis" meme!Quote

WYP
Quote:
Did they ever go away?Quote
Reply