This weekend, the Open Beta for Marvel's Avengers' PC version will be available to everyone on Steam, offering PC gamers the game's latest patches and fixes which address the issues faced by some Closed Beta participants.

The Open Beta for Marvel's Avengers will use Beta Build 26.1, offering players fixes to the "severe stutter/lag" that some players faced as well as crash fixes, improved ultra-widescreen support and fixes for the game's dynamic resolution feature.

With these fixes, Marvel's Avengers should offer PC gamers a more satisfying gaming experience, delivering smoother framerates and better matchmaking. These fixes will be available within the full version of Marvel's Avengers, which releases on September 4th.

- We have seen how some people struggled with severe stutters/lag and irregular performance and we have made several fixes that will solve or at least improve those.
- A variety of fixes for crashes seen during last weekend have been implemented, which includes certain older systems not being able to launch at all, but also some that occurred rarely during gameplay. We will keep monitoring for other crashes and will release updates as we have them.
- Multiple improvements and optimizations made to matchmaking.
- Changed default settings to wide combat camera distance, heavy targeting assistance (for gamepad) and matchmaking disabled.
- Added an option in Settings to adjust Camera Shake Sensitivity.
- Decreased amount of motion blur during sprint and flight.
- We have made fixes for issues surrounding microphone handling and muting other players.
- We have addressed some graphical issues, for example when using SSSR while having TAA turned off.
- We have solved issues with the Dynamic Screen Resolution feature, especially when it was combined with HBAO+. With those fixes we recommend turning on Dynamic Screen Resolution again (at your desired minimum frame-rate) to ensure you are able to stick to your desired frame-rate no matter how hectic the game gets.
- Improvements to vaulting.
- Decreased delay of loot drops.
- We have brought in some initial improvements to our support for ultra-wide and super-ultrawide screens, with us planning more for launch.
- Various other smaller fixes and improvements. 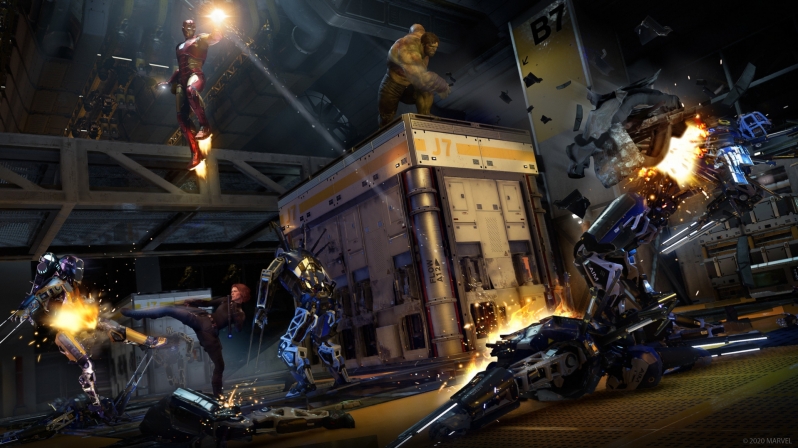 Below are the full PC system requirements for Marvel's Avengers.

You can join the discussion on Marvel's Avengers' PC beta on the OC3D Forums.