The ECRC suggest that the government restrict games with loot boxes to those ages 18 or over.

The Australian Environmental and Communications Reference Committee (ECRC) has released a study which links in-game "Loot Boxes" to problem gambling, stating that "loot boxes are psychologically akin to gambling".

This report surveyed over 7,400 gamers, with the ECRC reporting their findings in a public hearing in Canberra, which acts as part of a broader state enquiry into microtransactions and chance-based items in the gaming market.

Some developers, most notably EA with their FIFA Ultimate Team system, states that their change-based packs are not similar to gambling, due to the lack of real-world value for the items purchased, making their Ultimate Team Packs similar to buying physical baseball cards or similar items. The ECRC, on the other hand, says that their study finds that their results "support the position of academics who claim that loot boxes are psychologically akin to gambling," and that their findings are "not what one would expect if loot boxes were, instead, psychologically comparable to baseball cards."

During the public hearing, it was stated that Juniper Research estimated that around 25% of the game's industry's earnings came from loot boxes in 2018, predicting that this number would rise to roughly 47% by 2022 if the practice remained unregulated.

The ECRC warned that in-game loot boxes could act as a gateway into gambling-related problems, and believe that video game companies will exploit those with gambling disorders to maximise their profit. 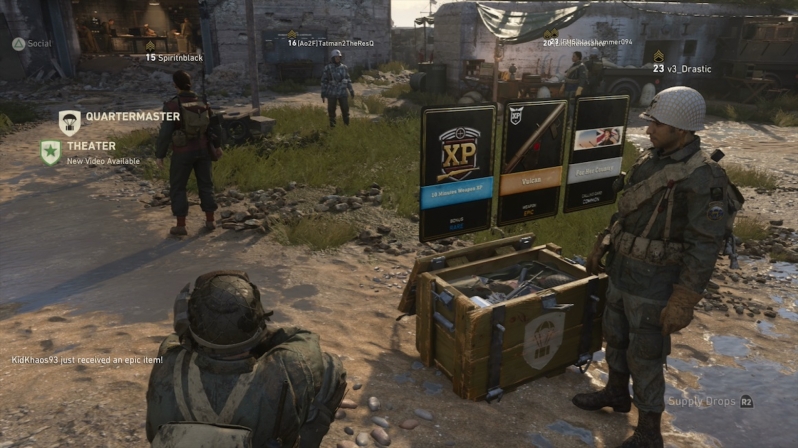 (Call of Duty: WWII was mentioned at the hearing, as the game encourages players to watch others open Loot Crates)

The ECRC has suggested that Australia adds advisory labels to video games that include loot boxes (similar to PEGI's new "In-Game Purchases label), warning potential players about their presence. It was also suggested that games with loot boxes be given an 18+ age restriction, forcing applicable games to comply with Australia's local gambling laws, which has an age restriction for those who are not 18 or over.

At this time it is unknown what the Australian Government plans to do with the ECRC's report, though it seems likely that the state will act on these findings sometime in the future. Australia is famous for their restrictions on video games, so much so that Wikipedia has a page that lists all of the games that are actively banned from sale within the country.

You can join the discussion on Australia's ECRC stating that loot boxes are "psychologically akin to gambling" on the OC3D Forums.

NeverBackDown
Quote:
It won't really make a difference. It hasn't in the past anyway so adding more restrictions to the levels I feel won't matter. Many parents these days don't care. They just want there kids to shut up and be quiet and letting them play games is a way to do that. Sad but true.Quote

Kleptobot
Its sad that you're pretty much spot on, but this is still a step in the right direction.
Its not like it will make people gamble more... i hopeQuote

Warchild
Pretty sure that adding predefined loot bundles would still work as opposed to the gambling of RNG in loot boxes.Quote
Reply