Like The Witcher 3, Cyberpunk 2077 will have free post-launch DLC

Cyberpunk 2077 will also have paid DLC/Expansions

Like The Witcher 3, Cyberpunk 2077 will have free post-launch DLC

In a recent Tweet, CD Projekt Red has reconfirmed that Cyberpunk 2077 will have free post-launch DLC, granting the game the same support path as The Witcher 3: The Wild Hunt.

After The Witcher 3 launched, the game received two paid expansions and sixteen pieces of free DLC. These free DLC packs included the addition of new in-game items, new quests/contracts, alternative clothing options for some characters, more combat/finisher animations and a New Game Plus mode. Given the success of The Witcher 3's hybrid paid/free Expansion/DLC model, it looks like CD Project Red plans to follow the same path with Cyberpunk 2077.

Cyberpunk 2077 is due to release on November 19th on PlayStation 4, PC, Xbox One and Stadia. While the game will playable Xbox Series X and PS4 on day-1, the games won't feature next-generation visuals upgrades when these new consoles launch.

You can join the discussion on Cyberpunk 2077's planned free DLC on the OC3D Forums. 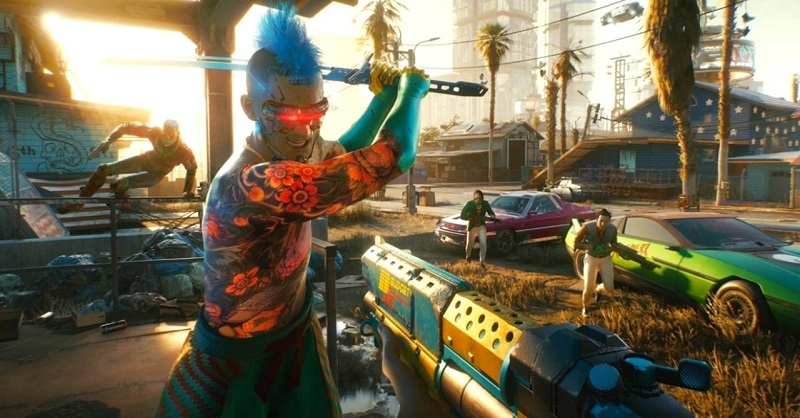 Craven
Just some little missing details I noticed in the last phrase.

"While the game will be playable on the Xbox Series X and PS4 on day-1,"

Back on topic though, I have yet to finish The Witcher 3 (and thus all paid DLCs) sadly, thanks to my old system drive dying on me, where my save files were located on. Life is cruel..

But I did enjoy the free DLCs during post-launch that made me waste most of my time treasure hunting and doing side quests around the maps, often landing in odd and interesting places I never thought I'd go to during my play session.

If Cyberpunk will follow the same kind of hybrid model, which they will, I can't wait to do exactly the same. Especially since they also had confirmed a while ago that the game will be more replayable and boasts more complex side quests.

ImprovizoR
I was not a fan of how they managed free DLC with The Witcher 3. It was obviously a PR stunt because all of that content was so obviously cut from the main game and spread throughout 8 weeks, which was kinda messed up.Quote
Reply