Warhorse Studios is no longer an independent developer

Warhorse Studios will become a wholly owned subsidiary of THQ Nordic, the company which also owns Koch Media, who in turn owns Deep Silver, who published Kingdom Come: Deliverance on PS4, Xbox One (Both Physically and Digitally) and on PC (for Physical Sales Only).  Warhorse Studios was acquired in a deal worth €42.8 million, which is worth approximately $48.51 million at the time of writing.

With this acquisition, all of Kingdom Come: Deliverance's intellectual property rights will be given to THQ Nordic. Warhorse Studios will be acquired both with case and in the form of newly issued B shares in THQ Nordic.

Below is a comment from THQ Nordic's CEO Lars Wingefors;

Warhorse Studios is one of the leading independent studios in Europe and I am proud to welcome them to the THQ Nordic group. Kingdom Come: Deliverance, which has now sold over two million copies, has been a great success since the release exactly one year ago. I look forward to continue working with the founders who will continue managing the studio under strong creative freedom for many years to come.

Warhorse Studios' CEO, Martin Fryvalsky had this to say;

Becoming part of THQ Nordic family is an important milestone for our studio. We began as a small start-up with a handful of employees who were enthusiastic enough to join this challenging project. The skills of our team members, trust and support of our main investor and passion of our fans, who supported development of Kingdom Come: Deliverance through a Kickstarter campaign, helped us grow to an international level. We believe that backing by THQ Nordic will give us an extra push in our mission to bring exciting games to our customers and extend the frontiers of the gaming industry. 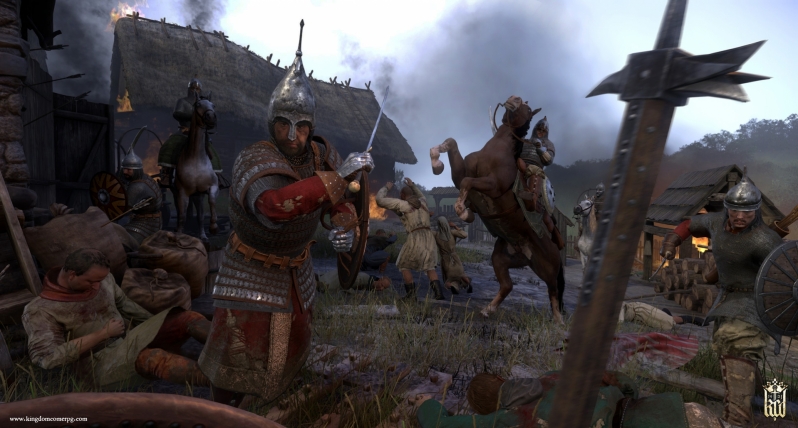 You can join the discussion on Kingdom Come: Deliverance's Creator, Warhorse Studios, getting acquired by THQ Nordic on the OC3D Forums.

NeverBackDown
I personally enjoyed the game. Hopefully this acquisition means a better following title from them. They have a lot of potential hereQuote
Reply