Killing Floor 2, Lifeless Planet and The Escapists 2 are all free on the Epic Games Store

Get three free games for your PC game this week

Killing Floor 2, Lifeless Planet and The Escapists 2 are all free on the Epic Games Store

For the next week, the Epic Games Store will be giving away copies of three PC games, Killing Floor 2, Lifeless planet and The Escapists 2. This free game offer will be available until July 16th at 4 PM BST.

Killing Floor 2 is a multiplayer shooter which places players into a Zed-infested Europe, where up to six players must battle against infected monsters across a dozen game modes. A 12-player Players VS Zed mode is also available, which pits two teams against each other as one team plays as human survivors and the other team attempts to destroy them.

Lifeless Planet is a game about an astronaut who is seeking life on a distant planet who discovers the remains of an abandoned Russian town. The game is a sci-fi action-adventure where things aren't what they first appear to be.

The Escapists 2, as the game's name implies, is a title where players much escape from prison, keeping their plans under wraps as they complete jobs and follow strict routines to ensure that their escape plans aren't uncovered before they are ready to execute. Each prison in the game is a puzzle, each of which has several solutions.

Next week, Epic Games has confirmed that Torchlight 2 will be available for free on their gaming storefront. PC gamers can redeem Epic Games' current selection of free titles here. 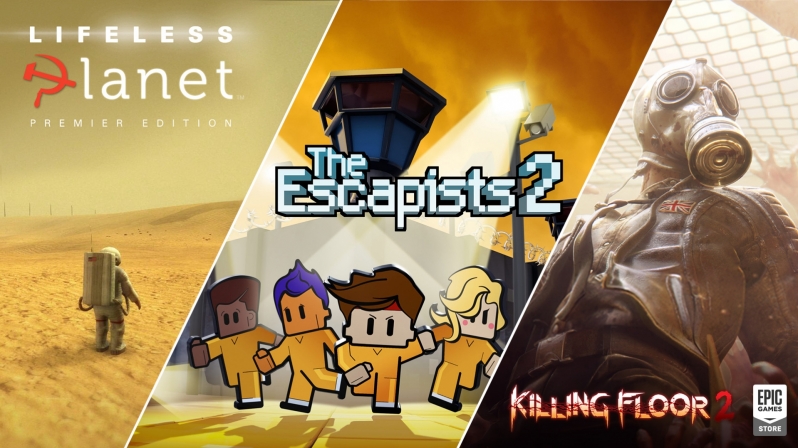 You can join the discussion on Killing Floor 2, Lifeless Planet and The Escapist 2 being free on the Epic Games Store on the OC3D Forums.

Peace Đ
If Killing Floor is the fully uncut version (especially in Germany), then this is an absolute must grab! Even playing solo and grinding the achievements and perks is fun with the iconic soundtrack provided by bands like Demon Hunter. VERY high replayability value with a prestige system and you can make new friends that are the same weirdos as you are.Quote