Do you plan on playing this PlayStation classic?

Annapurna Interactive has confirmed that Journey will be releasing on Steam on June 11th, little more than one year after the game's release on the Epic Games Store.

Journey is one of the most famous games of the PlayStation 3, seeing re-releases on the PlayStation 4 in 2015 and PC in 2019. Originally, the PC version of Journey was exclusive to the Epic Games Store, but not, one year later, the game is arriving on Steam, bringing the game to PC's largest gaming platform.

In the official PlayStation Magazine (UK), Journey was listed as the 5th best PS3 game, with the title receiving seemingly universal praise from critics, quickly becoming the fastest-selling game on the PlayStation Store to date, at the time of its release in 2012.

PC gamers will be glad to know that Journey runs incredibly well on PC, with our testing (performance analysis here) for the game discovering that graphics cards like AMD's RX 580 and GTX 1060 are able to run the game at 4K 60+ FPS when using the right settings. That's great news for users of older graphics cards, especially those who own 4K TVs or monitors.

At this time, it is unknown how much Journey's Steam version will cost. We already know that the title's Epic Games Store version already costs £14.99, making it likely that Journey will cost a similar amount on Steam, unless the game releases with a launch-day discount on Valve's gaming platform.

The Steam version of Journey will support Steam achievements, a feature which the Epic Games Store version currently lacks. 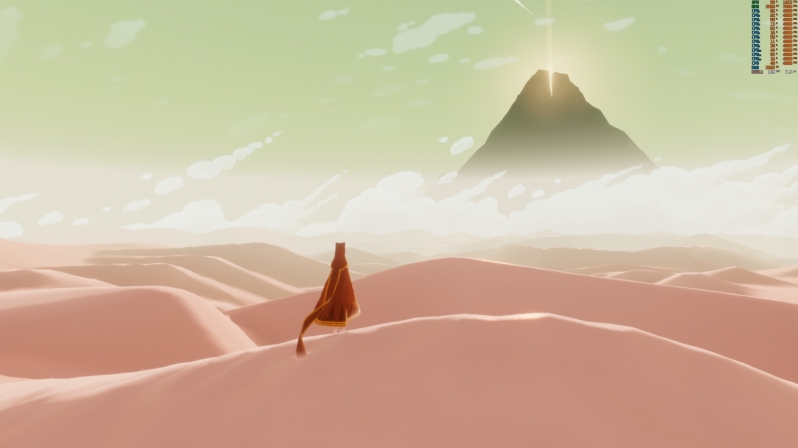 You can join the discussion on Journey coming to Steam on the OC3D Forums.

Dark NighT
Oh yes i will get this when it hits on steam!Quote

NeverBackDown
Costs way to much in all honesty as it is on the Epic Store for what it is. Game only lasts 2-3 hours if you don't try to speed run.

With that said this was a phenomenal game. I enjoyed it a lot when I originally played it. So simple yet so enjoyable.Quote
Reply