The game won't release this month

It has been confirmed that John Romero's SIGIL, a spiritual successor to Ultimate DOOM Episode 4, has been delayed, pushing back the release of the free megaWAD until April.

Originally, SIGIL was set to release in mid-February, but a few snags in the game's production have resulted in both the free and boxed versions of the game being delayed. SIGIL will release as a free WAD for DOOM, with two Limited Edition boxed version of the game releasing at Limited Run Games (1, 2), a move that will no doubt satisfy collectors. The game will start off where DOOM Episode 4 left off, with plans to launch with nine single-player levels, and nine new deathmatch levels.

One thing that is worth noting is that SIGIL is in no way affiliated with id Software or their owner ZeniMax Media, releasing without their approval. At this time it is unknown how they will react to the launch of a boxed edition of SIGIL.

Below is a post from John Romero regarding the delay.

I just wanted to update you on SIGIL. There were a few snags in production trying to make sure everything is top-notch for fans!  I just wanted to let everyone who purchased either the Big Box or the Beast Box know that it is now looking like it will ship sometime in April. Thank you for your patience, and I am sorry for any inconvenience this may have caused. This also means the free version of SIGIL will have to wait until after the boxes are in the hands of customers. 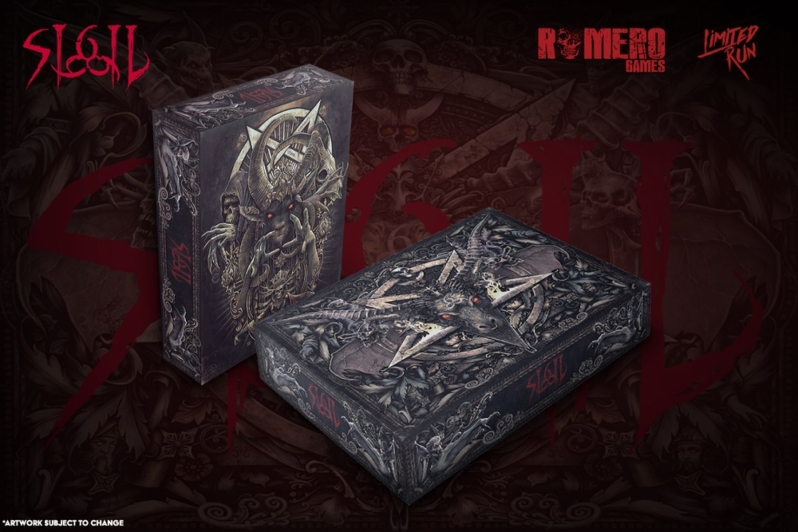 The importance of DOOM to the gaming industry cannot be understated, spawning game ports which range from consoles like the Sega 32X, handheld platforms like the Game Boy Advance and relatively recent systems like Sony's PlayStation 3. The game's DOOM Engine (id Tech 1) also became one of the first game engines to be licensed to 3rd parties, a practice that allowed several 3rd party studios to form and for the DOOM engine to act as the baseline of many pseudo-3D game engines.

The Limited Run "Big Box" version of SIGIL was available for $40 while the game's "Beast Box" edition costs a hefty $166. Both versions are now out of stock, though this shouldn't be a major concern for gamers given the fact that the game's WAD files will be available for free. The boxed edition of SIGIL is designed to be a collector's item.

You can join the discussion on SIGIL's delay on the OC3D Forums.

Giggyolly
This is cool, I'm surprised I didn't know about Sigil. and interesting that they will only make money off the limited edition boxes, not the game itself.

I hope it works out well for them, and they don't face any IP infringement issues.

If I were the publisher of a successful IP, I would be flattered that people were willing to make a fan production and distribute it for free. only builds hype for the Doom series.Quote

TheF34RChannel
No biggie. I'll pick this up for sure and had I paid attention, I'd gotten a box. I assume you need to some Doom version for this? Man, I grew up with this stuff

Warchild
what has me chuckling a little is the possibility of infringement, yet the logo from Romero has "Tm" in the picture.

trademarked but infringing copyright material in itself

This kinda makes me want to go back and play the original Doom.Quote
Reply