Respawn is finally moving away from Valve's Source engine

When we heard that Respawn Entertainment was developing a new Star Wars game, one of our first questions was what engine the game would use. Would Respawn continue to use Valve's Source engine, as they had done before with Titanfall, Titanfall 2 and more recently Apex Legends, or will they move over to EA's Frostbite engine, which powers Star Wars Battlefront I and II?

What must be remembered is that Respawn Entertainment was an independent company when Jedi: Fallen Order started its development, free from the full control of EA. Yes, EA has been partnered with Respawn since the original Titanfall, but it wasn't until late 2017 that EA became the company's owners.

It has been confirmed that Respawn's Jedi: Fallen Order has been created using Epic Games' Unreal Engine 4, the versatile engine which powers games which range from simplistic titles like Epic Games' Fortnite to graphical showcases like Mundfish's Atomic Heart. With this in mind, we should expect a game that will look and play unlike any of EA's other recent Star Wars games.

Jedi: Fallen Order will be showcased tomorrow during this year's Star Wars Celebration, though the title should also be playable at E3 2019. Respawn Entertainment's last single player game, Titanfall 2, received a lot of praise at launch for the title's single-player campaign, though the game wasn't widely played thanks to poor marketing efforts from EA, the game's publisher.

The image below for Jedi: Fallen Order was recently leaked, showcasing a crashed ship, a collection of Tie fighters, a Jedi and his droid companion. 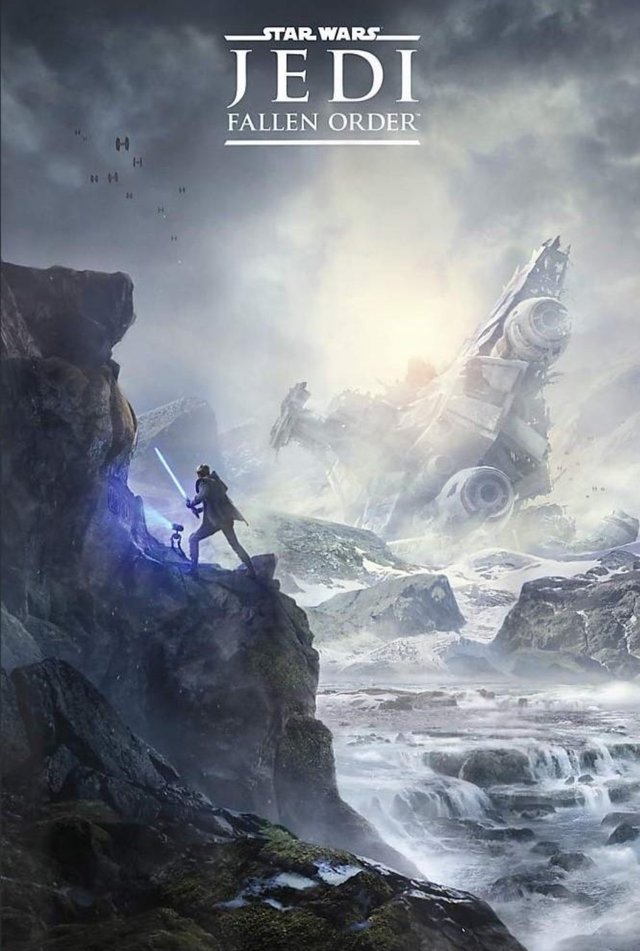 Jedi: Fallen Order follows a Jedi Padawan in the aftermath of Order 66, who embarks upon a journey which will explore much of the galaxy. The game is set during a time where the Galactic Empire is finding its feet, an era where Imperial oppression is strong but resistance remains weak and disorganised. The galaxy's few remaining Jedi are being hunted and killed by imperial forces.

You can join the discussion on Jedi: Fallen Order's use of Unreal Engine 4 on the OC3D Forums.

Dicehunter
It was build was it ?

Technically correct but always sounds odd to me

WYP
Quote:
EA owns Respawn and holds the Star Wars license. I doubt they would let this release anywhere outside of Origin.Quote

Dicehunter
Quote:
It's owned by EA so I don't think it will be sold anywhere other than Origin.Quote

NeverBackDown
People will complain about Epic being exclusive yet EA does it all the time with Origin.Quote
Reply