It's official, Ubisoft's remaking Prince of Persia: The Sands of Time

Ready to replay this PS2 classic?

It's official, Ubisoft's remaking Prince of Persia: The Sands of Time

During their Ubisoft Forward September live stream, Ubisoft revealed that they are working on a remake of the 2003 classic, Prince of Persia: The Sands of Time, which is due to release on January 21st 2021.

This remake is due to release on PlayStation 4, Xbox One and PC, with Ubisoft revealing no next-generation plans for the title at this time. On Ubisoft's online store, this game is now available to pre-order for £33.99 on PC and £34.99 on consoles.

This remake will include the same gameplay mechanics as the original, enhanced visuals,  and new cinematic sequences. This new version of the game will also include enhanced voices, sounds and animations.

As part of the game, the original Prince of Persia, the 1992 Mac game, will be available to access from within the game's main menu.

Based on the in-engine trailer below, Ubisoft is working to deliver the same gameplay experience as the original 2003 release of Prince of Persia. Like the original, players will be able to use the dagger of time to reverse, accelerate, freeze and slow downtime, allowing the Prince to excel in combat, solve puzzles and come back from death. On PC, Prince of Persia: Sands of Time - Remake should be available through UPlay and the Epic Games Store.

You can join the discussion on Ubisoft's Prince of Persia: The Sands of Time Remake on the OC3D Forums. 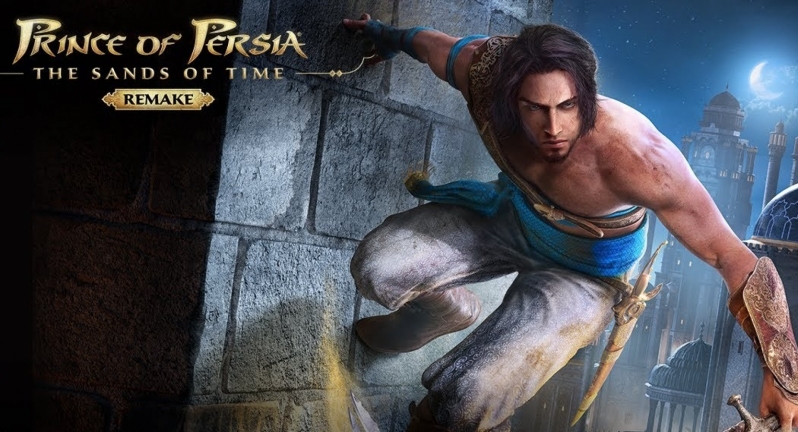 Avet
I am so hyped. I just hope the whole trilogy will get refreshment.Quote

Greenback
Quote:
I'd assume that depends on how sales goQuote

But from the looks of it, they're not going the more bloody and gory Warrior Within style, which is very disappointing... Here's to hoping they remake the whole trilogy and keep Warrior Within what it was: the best of the three, imho. The Two Thrones was almost boring to me.


//EDIT: After digging more into the topic, I just now have discovered that the european version of TTT was censored!? My whole life was a lie.Quote

Warchild
I remember the very first ever made... 60min game

Literally had a 60min timer counting down to save the princess.Quote
Reply