It's official, Red Dead Redemption 2 is coming to PC!

The game is also coming to Stadia as a launch title

It's official, Red Dead Redemption 2 is coming to PC!

Rockstar Games has officially announced that Red Dead Redemption 2 is coming to PC on November 5th, and on Google's Stadia platform on launch day.

Pre-purchases on Rockstar's launcher will also give PC gamers free copies of two older Rockstar Games, which can be selected from the following list;

Basically, Rockstar wants gamers to purchase Red Dead Redemption 2 off their storefront. Buying the game from another store will result in PC gamers getting a lesser version of the game. Yes, you can wait for the Steam release, but will the wait be worth it if the Rockstar Games version has more content? 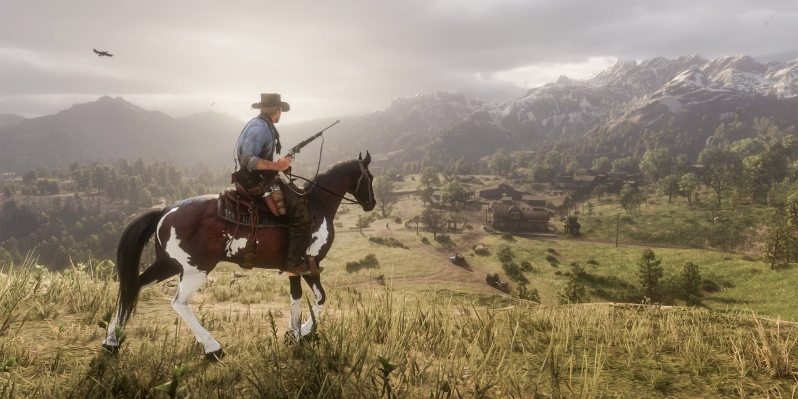 At this time, PC screenshots, system requirements and other details are unknown. Expect OC3D to report on these details when they are released.

You can join the discussion on Red Dead Redemption 2's upcoming PC version on the OC3D Forums.

cooperman
But how much? if thay are thinking of £60 for a 1-2 year old game its a deal breaker!Quote

Dark NighT
Quote:
It will be 60, GTA V when it released on pc was also 60 and there is no reason for Rockstar to go cheaper on this just because its been out on a different platform.Quote

WYP
Quote:
Don't know yet. They will probably announce that once pre-orders go live.Quote

ImprovizoR
And the award for the worst kept secret goes to...
...drum roll...

I am pretty stoked, though.Quote

tgrech
Not gonna lie I didn't think it would come within a year of consoles launch, thought we'd be waiting for the next gen again, the two free games and the bundle "ultimate edition" content for free is kinda tipping me towards pre-ordering, I guess this is one of the few times there's no risk.Quote
Reply