The latest leaks regarding Nvidia's RTX 2060 have revealed something which in itself is newsworthy, that Battlefield V may soon gain support for Nvidia's performance-boosting DLSS (Deep Learning Super Sampling) technology,

When looking back at the launch of Nvidia's RTX series of graphics cards, it is clear why the company decided to focus on both DLSS and RTX Ray Tracing. One promised to deliver enhanced game performance while the other pushed forward graphics at what appeared to be a high performance cost. Both technologies are revolutionary in their own right, but each complements the other in a way that masks their potential shortcomings.

Where RTX takes away performance DLSS works towards bringing it back and where some could argue that DLSS lowers a game's graphical quality in some areas Ray Tracing advances it in others. DLSS can address the performance shortcomings of ray tracing and RTX ray tracing, making the performance hit a lot easier to stomach, especially when considering the fact that every Nvidia RTX graphics card supports both technologies.

In Videocardz's latest RTX 2060 leak, it is stated that Battlefield V with Raytracing off runs at 90FPS at 1080p, with Ray Tracing dropping the game down to 65FPS. Activating DLSS ups the game's framerate to 88FPS, making the performance impact of Ray Tracing almost disappear.

If this information is correct, it not only confirms that DLSS is getting tested within Battlefield V, it also showcases DLSS is running at a resolution that is lower than 4K. So far, Nvidia's DLSS tech has been limited to Final Fantasy XV's PC version, running exclusively at 4K resolutions, casting doubt on the technologies usefulness on sub-UHD screens, where the technology's shortcomings could be more visible. 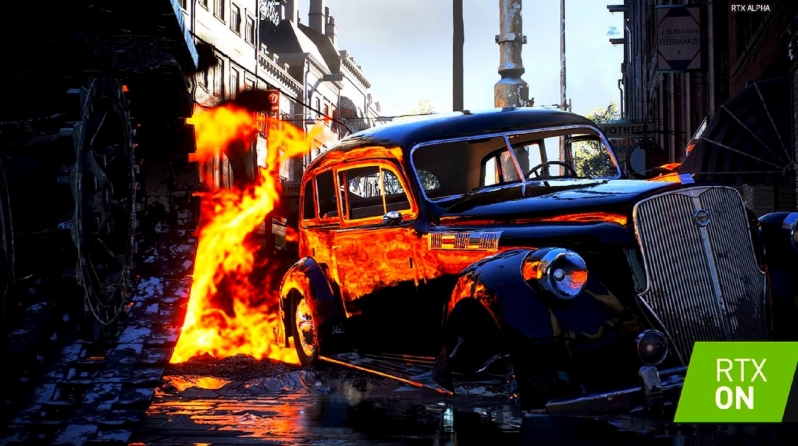 DLSS and RTX ray tracing are complementary technologies, with the performance shortcomings of ray tracing being somewhat mitigated by the addition of Deep Learning Super Sampling, a technology which could be more accurately called Deep Learning Image Upscaling.

You can join the discussion on Battlefield V's potential use of DLSS on the OC3D Forums.

TheF34RChannel
Still the sole, most exciting feature of the new family to me but also with zero implementation hitherto. Proves why I don't like to buy into new tech immediately

Dicehunter
Quote:
Yep, Personally would've thrown my money at Nvidia if the 2080 Ti was £699 like the 1080 Ti but at £1099 they can go jump, And this is coming from someone who's bought multiple Titans in the past.Quote

AlienALX
Quote:
Was thinking this the other day when I could have amassed about £700 in funds by mid Jan. Then I remembered how much they cost, and how much it would cost to add a block and for what? to make a game I don't like that much have RT.

BFV looks stunning, even at 1080p on a Vega 64. The problem isn't the graphics it's the game. It's that tired, same old format.

After playing Fallout 76 for most of Xmas? yeah, BFV is stunning to look at. I just can't get into it even with the good actors and characters.Quote