Into The Breach is available for free on PC today

Into The Breach is available for free on PC today

For the next twelve days, the Epic Games Store plans to offer PC gamers a free game every day, starting with Subset Games' Into the Breach, which will be available on both Windows and macOS devices.

Into The Breach is a turn-based strategy game where players control soldiers within Giant Mechs and other vehicles, using them to combat an army of giant monsters called the Vek. The game won the title of "Best Strategy Game" at The Game Awards 2018, receiving overwhelmingly positive reviews at launch.

PC gamers can redeem their copy of Into The Breach on PC until 4 PM GMT on December 20th on the Epic Games Store. After then, a new game will be available for free on Epic's platform.

Today also marks the start of Epic Games' Winter sale, where games are available with discounts as high as 75%.

PC Gamers can redeem their free copy of Into The Breach on the Epic Games Store. 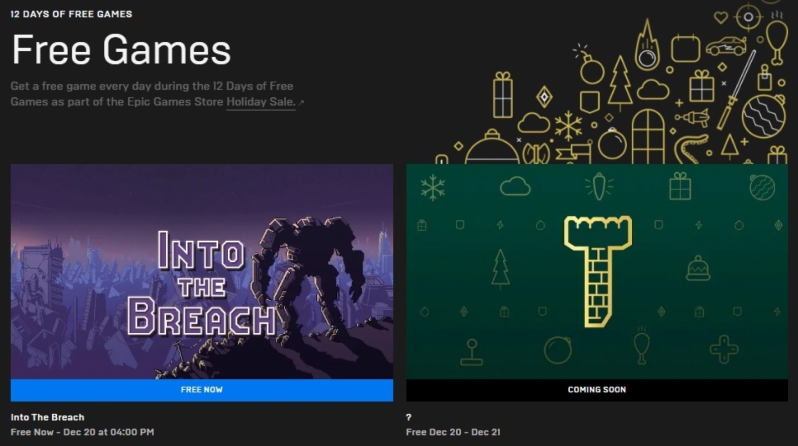 You can join the discussion on Into The Breach being available for free on PC on the OC3D Forums.