Intel's XeSS (Xe Super Sampling) AI upscaling technology has now become easier to adopt, with Intel releasing a series of new Unreal Engine plugins that allow their technology to be integrated into Unreal Engine 4 and Unreal Engine 5 games with ease.

With plugins for Unreal Engine 4/5 now being available for DLSS, FSR, and XeSS, developers using Unreal Engine now have the ability to integrate all three upscaling technologies into their games with relatively little effort. That said, Intel faces an uphill battle with regards to XeSS' adoption, as Intel's market share within the gaming GPU market is practically non-existent, and AMD's FSR 2 technology can be used with Intel graphics cards without any major downsides. 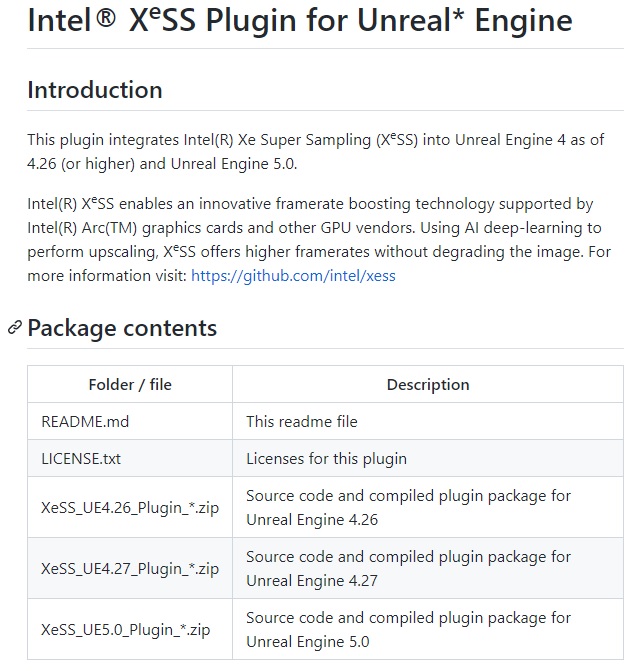 Moving forward, it is likely that we will see most AAA game releases adopt two of three of today's GPU vendor-backed upscaling technologies. The downsides of temporal upscaling are obvious, especially now that high resolutions like 4K are becoming more commonly used. Supporting both DLSS and FSR 2 allows developers to offer temporal upscaling to all PC gamers, and if developers add XeSS support into the mix, PC gamers will have access to an optimised upscaling option for their graphics card, be it from AMD, Nvidia, or Intel.

You can join the discussion on Intel's XeSS plugin on the OC3D Forums.