A gamepad, from Intel?

Intel may be best known for its microprocessors, but that doesn't mean that the company doesn't place its expertise into other product categories. With Intel's planned re-entry into the dedicated graphics market and gaming submarkets, it seems logical that the company would be looking into other aspects of the PC gaming market, especially when considering market trends.

So what has Intel patented? A new gamepad design, one which will offer gamers a Switch Pro like design and a touchpad. The patent's documentation was published on November 19th 2019. This date should not be confused with the patent's 2018 filing date. At this time it is unknown what Intel's plans are for their new controller design, but the folks over at Lets Go Digital have a hypothesis.

Intel's gamepad patent was initially filed in China, leading Lets Go Digital to believe that Intel's new controller design will be used as part of a planned Chinese game streaming project with Tencent. Intel has already announced a gaming partnership with Tencent, the Chinese tech giant. It is possible that Intel's gamepad is part of Tencent's cloud gaming efforts, making this controller the potential gamepad of China's Stadia equivalent.

Streaming is going to be a big part of gaming's future, with Microsoft's Project xCloud, Sony's PlayStation Now, Nvidia's Geforce Now and Google's Stadia platforms being the first of many to tackle the concept of cloud gaming. Amazon is also reportedly working on a cloud gaming service. 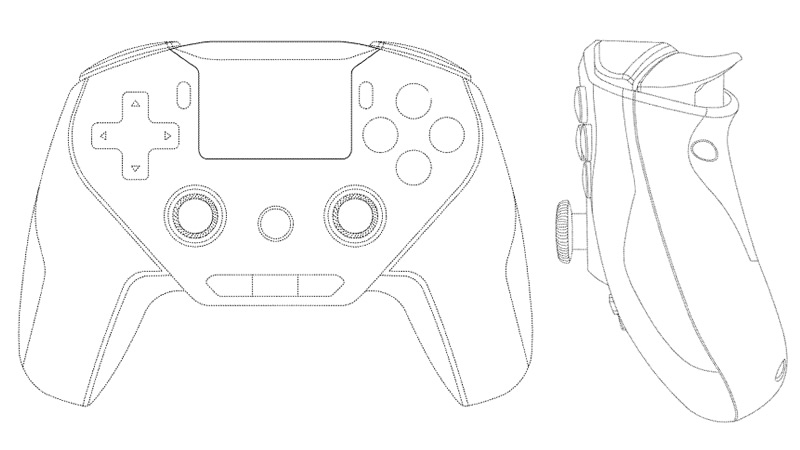 You can join the discussion on Intel's patented gamepad design on the OC3D Forums.