With the release of Premiere Pro 14.2, Intel is keen on highlighting the performance of its Quick Sync Video (QSV) technology, which has allowed Adobe to optimise Premiere Pro's video transcoding operations.

The benefits of Intel's Quick Sync Video technology is that it allows most of Intel's consumer processors to accelerate video encode and decode operations and while doing so with a relatively low power envelope.

When compared to the company's 9th Generation graphics, Intel's Gen 11 Ice Lake graphics have allowed Intel to deliver 49-82% more performance in Premiere Pro 14.2. This is a significant leap in performance generation-over-generation, though Intel stresses that users can utilise their Integrated graphics for video decoding while still using discrete graphics solutions for other video effects. 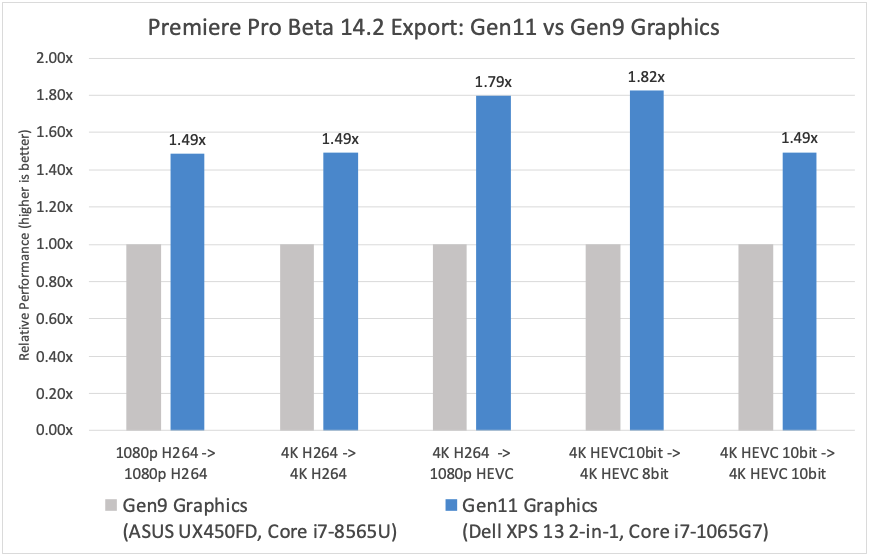 You can join the discussion on the Premiere Pro performance of Intel's latest graphics solutions on the OC3D Forums.