Sunset Overdrive has been officially released on PC, launching on Steam and the Microsoft/Windows 10 Store. Strangely, this game supports Windows 8 and newer 64-bit operating systems, lacking support for Windows 7, an oddity for modern PC titles.

The full game weighs in at 30GB on PC and requires around 8GB of system memory to run correctly. Sadly, Insomniac Games has not revealed the graphical settings or resolutions that their minimum and recommended system requirements target, though to say the least most modern gaming PCs far exceed the capabilities of the Xbox One, Sunset Overdrive's original platform.

Sunset Overdrive was released back in 2014, receiving positive reviews during its launch, though the game's Xbox One exclusivity limited the game's sales. Sunset Overdrive is one of the few Xbox Exclusive games to lack support for the Xbox One X's enhanced hardware. This makes the PC version superior to the console original, as PC gamers will be able to play the game at higher resolutions and that Xbox One, which targets 900p. 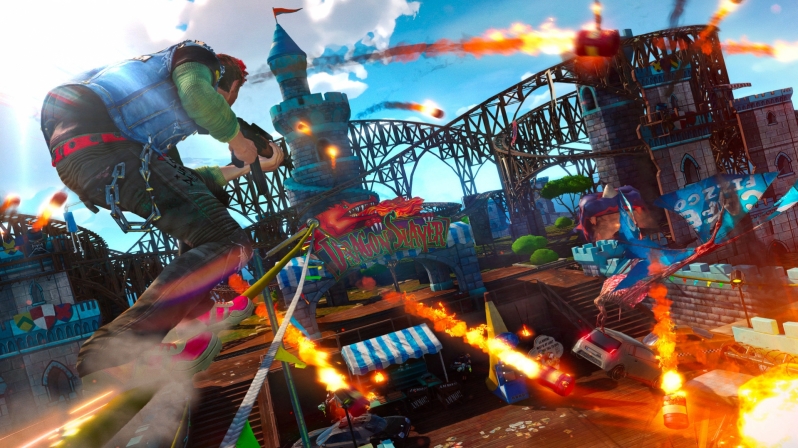 Sunset Overdrive is available now on PC, currently selling for £14.99 in the UK, which included all of the Xbox One version's DLC.

You can join the discussion on Sunset overdrive's PC system requirements on the OC3D Forums.