For starters, like most new Vulkan-based games from Bethesda, 4GB of VRAM is a necessity, much like the releases of Wolfenstein II: The New Colossus and Wolfenstein: Youngblood.

For 1440p 60FPS gameplay at high settings, higher-end graphics cards like AMD's RX Vega 56, and Nvidia's GTX 1080 are recommended. 16GB of system memory is recommended, as is 8GB of VRAM.

DOOM Eternal is said to need 50GB of storage space and run best on high-end processors like Intel's i7-6700K or AMD's Ryzen 7 1800X or better. 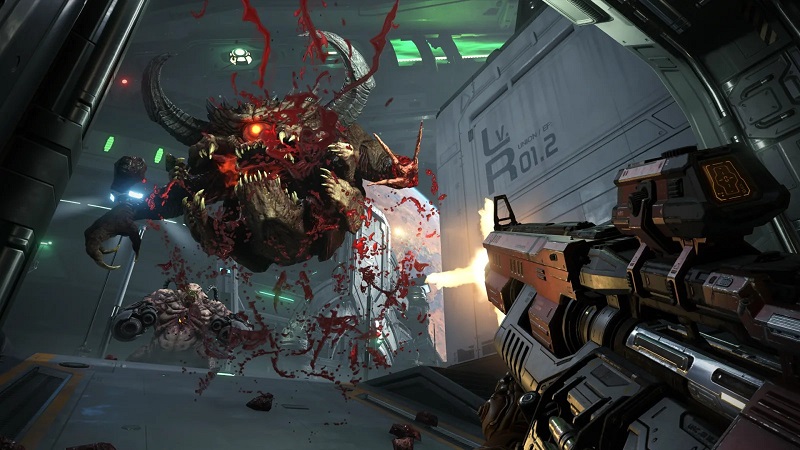 You can join the discussion on id Software's PC system requirements for DOOM Eternal on the OC3D Forums.

AlienALX
They forgot the 1000hz monitor

Warchild
Just from the screenshot alone, it doesnt look very intensive. No wonder they can boast 1000fps.Quote

AlienALX
Quote:
I can't see it being any harder to run than the first one tbh. I doubt the engine has changed much, if at all.Quote

tgrech
Quote:
It's a new engine, some major rewrites of key parts of the code, around x10 the geometric detail, completely new texture pipeline, new particle system, ect, but the improvements to performance should mean it still runs better/as well as idTech6.Quote

Warchild
Quote:
regardless of the engine. Quality wise based on the screenshots makes me think the graphics do not appear that intensive.

That said.. we know Destiny2 is an incredibly well optimised game that pushes high fps on the avg machine.Quote
Reply