Support charity and gain access to some great games

While Humble's Summer Adventure Games Bundle isn't a Telltale-only bundle, it offers PC gamers a huge collection of mostly Telltale releases, with the only exceptions being Oxenfree and Heaven's Vault, both of which are highly regarded.

Fans of narratively-focused games will get a lot for their money with this bundle, which offers buyers three games for £1 and 10 games for £12. That's great value.

This bundle is designed to support JDRF, the Juvenile Diabetes Research Foundation, an organisation which finds Type 1 Diabetes research. By default, 15% of this bundle's proceeds go to the JDRF, though purchasers can choose to give as much as 100% of their payments to the organisation.

Below is what is available in each of the Humble Summer Adventure Bundle's three tiers:
Pay £1
- Batman: The Enemy Within - The Telltale series
- The Walking Dead: Season 1
- The Walking Dead: 400 Days (DLC)
- Oxenfree and Oxenfree's Digital Soundtrack 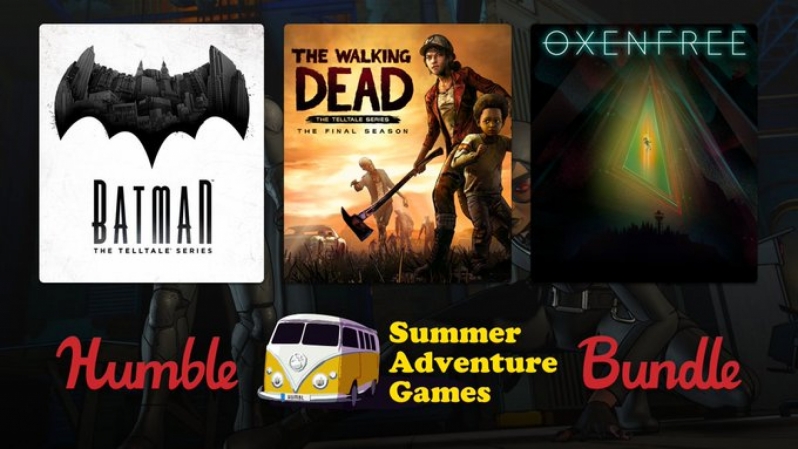 You can join the discussion on the Humble Summer Adventure Games Bundle on the OC3D Forums.