Humble's latest bundle is a must for Racing fans

Are you a racing game fan? Then this bundle is for you

Humble's latest bundle is a must for Racing fans

Humble's Just Drive Bundle is a must-have for racing game fans, packing games which range from Motocross to rally racing, Nascar and more. The bundle even includes titles like Assetto Corsa and Project Cars 2.

Even better, this bundle only costs £10 for its highest tier. That's an unreasonable amount of racing for your money. That's nine racing games for £10, and five pieces of upgrade or DLC content. Now that's the deal!

Like most Humble Bundles, the revenues raised by this bundle will be split between Humble, the developers/publishers behind the bundled games and one, or more, charities. In this case, the Humble Just Drive bundle supports two charities, Direct Relief and a second charity of the purchasers choosing, though this defaults to Child's Play.

By default, 65% of the bundle's revenue will go to the developers of these bundles games, 20% will go to Humble, and 15% will be split between the Direct Relief and a user-selected charity. These percentages can be changed however the buyer wishes, allowing all of the bundle's funding to go to charity if the user wishes.

Below is a list of what's available under each of the Humble Just Drive bundle's three tiers. 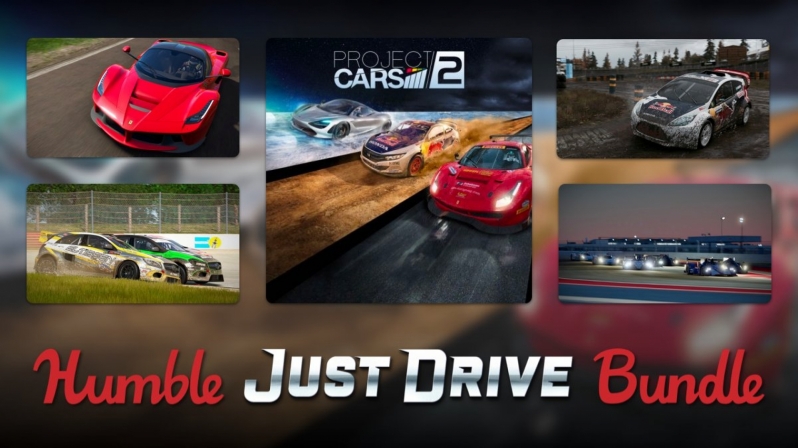 PC Gamers can purchase the Humble Just Drive Bundle on the Humble Store for the next two weeks.

You can join the discussion on The Humble Just Drive Bundle on the OC3D Forums.

demonking
Nice!
Bargin gonna be grabbing me this oneQuote
Reply