Here's what you need to run Minecraft Dungeons on PC

Here's what you need to run Minecraft Dungeons on PC

Minecraft Dungeons will release on PC on May 26th, releasing via the Microsoft Store, Xbox Game Pass and through an independent launcher (for Windows 7 and 8/8.1).

With this release, gamers will be greeted with a Diablo-like experience, moving away from Minecraft's global destruction and reconstruction and into the realms of a blocky hack-and-slash. That said, the blocky aesthetic of Minecraft will help give this game a more family-friendly atmosphere.

Earlier today, Mojang updated its Minecraft website to feature minimum PC specifications for Minecraft Dungeons, asking for DirectX 11 compatible graphics cards, 64-bit OS (Windows 10S is not supported), 8GB of system memory and 2GB of VRAM. Not bad for a modern AAA, though Minecraft games were always designed to be accessible.

CPU-wise, Mojang wants players to use an Intel Core i5 processor with clock speeds of 2.8GHz or higher, and graphics cards equivalent or better than a GTX 660 or an HD 7870. Monitor-wise, the game supports a minimum resolution of 800x600.

Minecraft Dungeons is expected to take up around 6GB of system storage, which is pretty low for a modern game. That said, this should be expected of a game with such simplistic visuals and art assets. 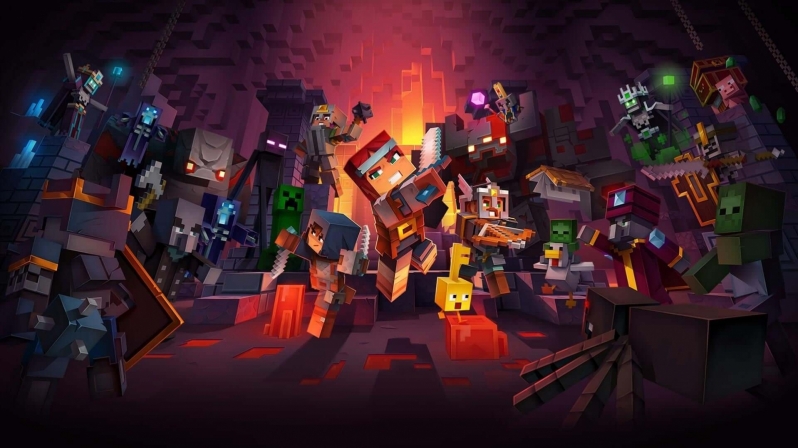 You can join the discussion on Minecraft Dungeons' PC system requirements on the OC3D Forums.