Rockstar Games has revealed how Red Dead Redemption 2's upcoming PC version will improve upon the game console releases. These improvements range from graphical upgrades to the addition of new missions, gang hideouts and other content. 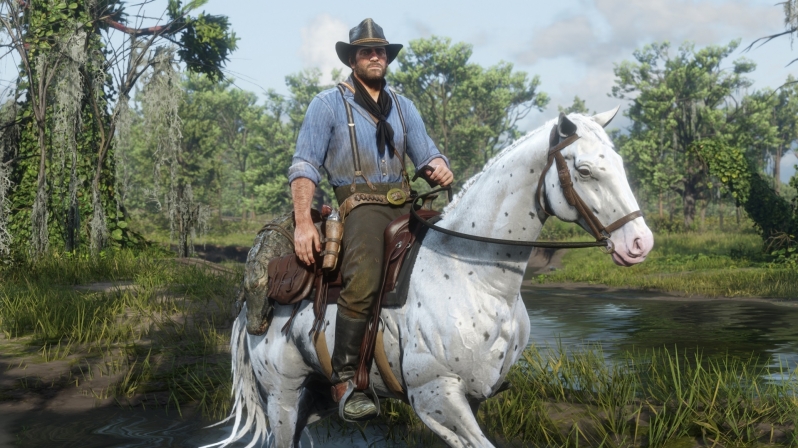 Right now, pre-orders for Red Dead Redemption 2 are available on the Rockstar Game Launcher, where Rockstar promises to give gamers access to the following perks. These perks are detailed in the infographic below. 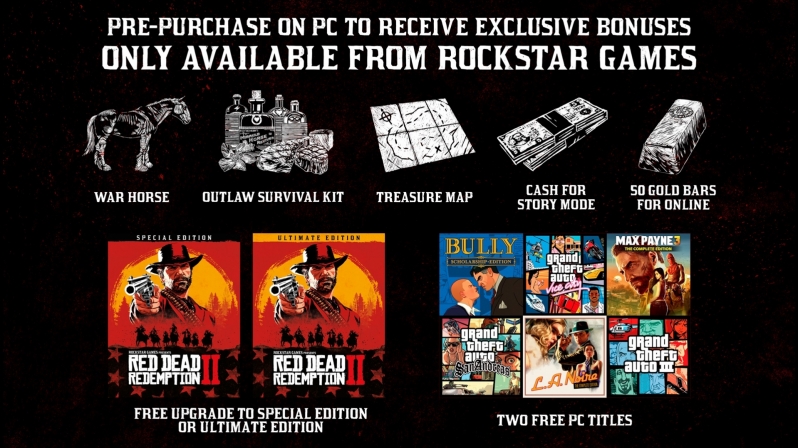 On PC, Red Dead Redemption 2 promises to offer a better experience than the game's console versions; delivering gamers higher framerates (with powerful enough hardware) and plenty of graphical upgrades over the game's Xbox One X version, which ran at a native 4K resolution already.

You can join the discussion on Red Dead Redemption 2's PC version and its graphical upgrades on the OC3D Forums.

smilertoo
So they want £55 for the game, then more money for story mode and more money to play online?Quote

Dicehunter
Quote:
Where did you get that info from ?Quote
Reply