Ready to play one of 2017's most highly rated games?

Ninja Theory has updated the PC version of Hellblade: Senua's Sacrifice, delivering HDR support both the Steam and GOG version of the game. This feature was previously exclusive to the console versions of Hellblade, but with patch 1.03  this is no longer the case.

Patch 1.03 also addresses some flickering issues and texture streaming issues in select areas, while also packing what Ninja Theory calls "memory improvements" and "general optimisations" though at this time the performance impact of these changes is unknown.

Thanks to Steam's Autumn Sale, Hellblade: Senua's Sacrifice is currently available for £12.49 on the platform, making now the perfect time to get into one of 2017's most critically acclaimed games. Users of VR headsets will also be glad to hear that Hellblade supports VR setups, with the game's VR version shipping for free with the title's standard edition on PC, delivering VR support at no extra cost to players. 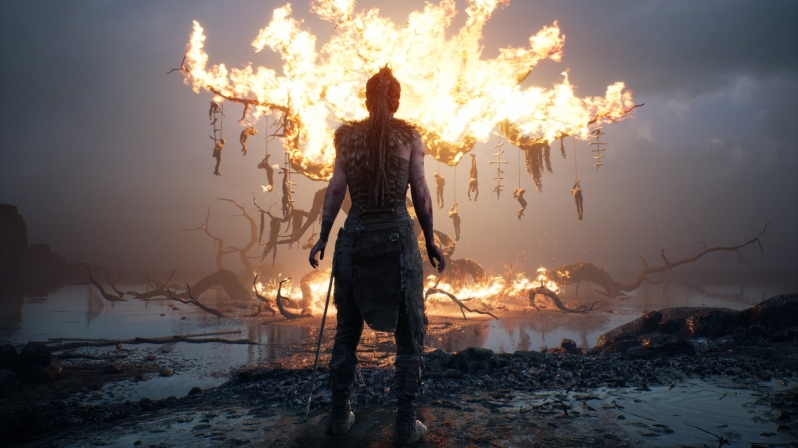 At E3 2018, Microsoft announced that they had acquired Ninja Theory, the developers behind Hellblade: Senua's Sacrifice, a change that has brought the company under the Microsoft Games Studios umbrella and into the Xbox ecosystem.

Thankfully, all new Microsoft Studios games release on both the PC and Xbox platforms, which means that PC gamers should expect to see more games from Ninja Theory in the future.

You can join the discussion on Hellblade: Senua's Sacrifice gaining HDR support on PC on the OC3D Forums.