It doesn't work perfectly, but it's an option

In their latest Halo Waypoint update, 343 Industries has confirmed that the PC version of Halo: Reach, which releases on December 3rd, will ship with an "experimental VFR" (Variable Frame Rate) option.

Early tests for Halo: Reach's VFR option found that it added extra input lag to the game; the opposite of what higher framerates should accomplish. Thankfully, further testing allowed 343 to iron out some of these issues, though the option remains imperfect. This is why the option will be available within the game as an "experimental" feature.

Halo: Reach will release on PC for £6.99 as a standalone title on Steam and the Windows Store. The game is also available for £29.99 as part of Halo: The Master Chief Collection.

Below are the features that Microsoft claims that the PC version of Halo Reach will offer.

- PC Settings/Optimizations: Halo: Reach is now optimized for PC and looking better than ever at up to 4k UHD and at least 60 FPS.** Other PC native settings include mouse and keyboard support, ultrawide support, adaptive sync support, FOV customization, and more.

- Campaign: Experience the first chapter in the Halo Saga and fight your way as Noble Six through 11 unforgettable missions

- Multiplayer: Start your Spartan Career today with Halo: Reach’s iconic multiplayer featuring an overhauled progression system, generation-defining player customization, over 20 unforgettable maps, as well as classic game modes such as Firefight and Invasion. While Forge and Theater will be delivered later in 2020, enjoy access to millions of community-created maps and game types that have been migrated over from Halo: Reach on Xbox 360 for use today on PC.

- Firefight: Fight alone or with squadmates to survive against endless waves of enemies deploying with ever-increasing difficulty. 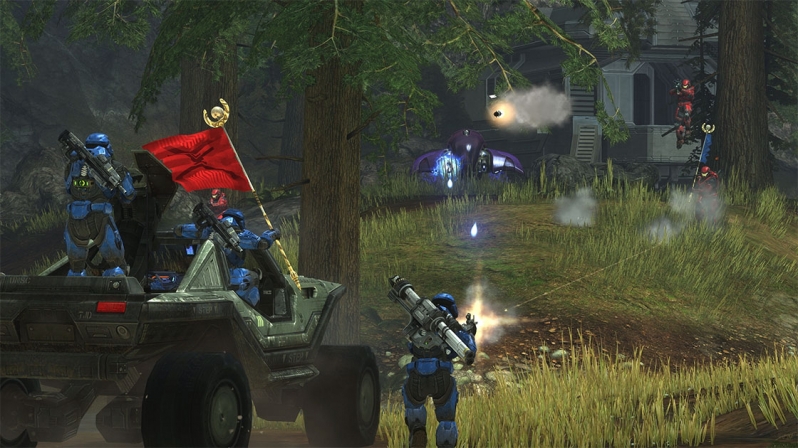 You can join the discussion on Halo: The Master Chief Collection's PC version on the OC3D Forums.