Halo is returning to PC

During a recent Halo Livestream, 343 Industries shared a lot of information about Halo: Infinite, the next chapter of the Master Chief's adventures. For starts, the developers stated that PC gamers would be "treated as first-class citizens", confirming that the 343's Slipspace Engine was developed with computer hardware in mind, not just Xbox consoles.

The developers also confirmed that 343's Slipspace Engine isn't an entirely new engine, retaining elements from previous Halo games. This isn't necessarily a bad thing, as there is little reason to abandon all of the series' older game engines if they still function correctly and efficiently.

4-player split-screen has been successfully tested within the Slipspace Engine, suggesting that Halo Infinite will support local multiplayer on a singular console. This could change before the game makes it to market, though fans of the series would no doubt be pleased to see this feature return to the game.

In multiplayer, Halo Infinite is set to have customisation options that are similar to Halo Reach, which is a good sign given that entry's popularity. Players of Halo 5 who reach level 152 will receive a special award within Halo Infinite.

As the game is developed, 343 plans to allow both PC gamers and Xbox users to participate in game's beta tests, though initial "flighting" programs are expected to be Xbox exclusive, as the game's PC version will require stricter anti-cheating measures. 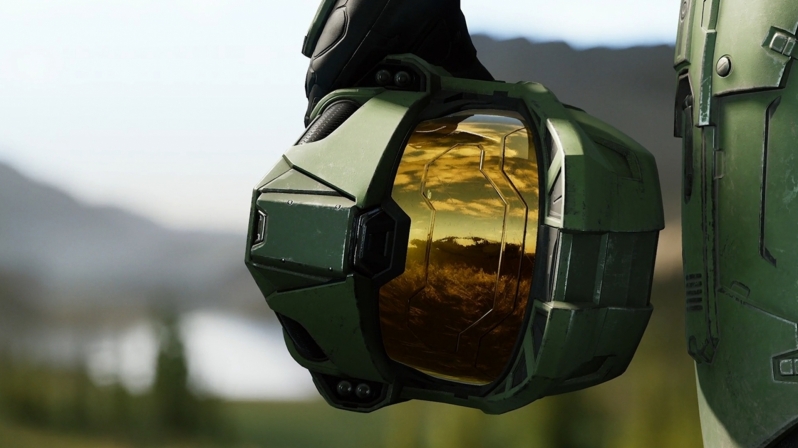 Halo Infinite was announced at E3 2018 and has no firm release date. The game is currently expected to release in 2020.

You can join the discussion on Halo: Infinite's PC support and split-screen options on the OC3D Forums.

NeverBackDown
Wow I'm so thankful to be treated like a person. Round of applause for them to be treating people like they should be. (Sarcasm folks)

As much as I love Halo ever since 343 took over it's been dogcrap. So not really excited. Heck even the MCC which was bungie stuff too they also f* up with the terrible amount of bugs and whatnot.Quote

tgrech
I'm not sure 343 are that bad, their Reach content was fairly good and while Halo 4 felt like a step down in many aspects it was still a decent game, and my biggest gripe with 5 was the lack of split screen (Though didn't really play it that much because of this). If Halo:Infinity deals with the lack of content (Especially Forge) & modes of the previous two games I can see it being a massive hit. The main areas holding back 4, 5 & MCC were the issues with getting the old engine working smoothly(Low performance is why there was no split screen), so the switch to a new engine is promising.Quote

NeverBackDown
Halo Reach was Bungie. That's why it was good. Lol
Everything after that was boring. Halo 5 was truly the worst Halo ever and will probably never change. The worst marketing ever and the marketing had only 5% to do with the actual campaign. Outside of that the campaign was 10 missions for like what 4-6 hours depending on how fast/slow you went. No depth, crap voice acting, bad story plot, etc.
MCC was horrible and still is a bug ridden mess. It's not a new engine either. Just updated. Like most engines are in between titles.

The whole reason Halo has stopped becoming the defacto Xbox Exclusive game is all because 343 has ruined it. Sad but true. It's not even mentioned anymore when talking about exclusives to play for either console simply because it's not good, which says a lot about Xbox because they have so few to begin with.

Halo 3 is still one of the best multiplayer games I've ever played. Easily a top 5 game all time for meQuote

Giggyolly
YES! so excited for this. I've been missing halo split screen ever since I moved to PC gaming. Nothing like sticking it on a big TV with your mates.
Wish more games would do this on PCQuote

looz
@NBD Some of your messages read like Donald Trump's tweets.