Half-Life Alyx is now available to pre-load on PC

It's time to prepare for AAA VR gaming

Half-Life Alyx is now available to pre-load on PC

Half-Life Alyx is due to release on March 23rd, the VR system-seller that has caused most headsets to sell out worldwide, from Oculus' Rift series to Valve's premium Index headset.

Even before launch, the game has been heralded as the game that will bring VR gaming into the mainstream, and based on today's headset shortages; these claims appear to be merited. That said, the global Covid-19 pandemic has helped create this shortage by causing the manufacture of some headsets to slow down or temporarily cease.

Half-Life Alyx is the first Half-Life game to release from Valve in over a decade, bringing players into City 17 before the events of Half-Life 2. Players will take control of Alyx Vance and work to ensure humanity's survival.

Thanks to the unique options offered by VR headsets, players will be able to interact with Half-Life Alyx's game world with their own hands, creating many unique gameplay opportunities and levels of immersion that are seemingly unrivalled. Fire a weapon with your own hands, throw bottles to distract enemies and tear headcrabs off you face before you get zombified. 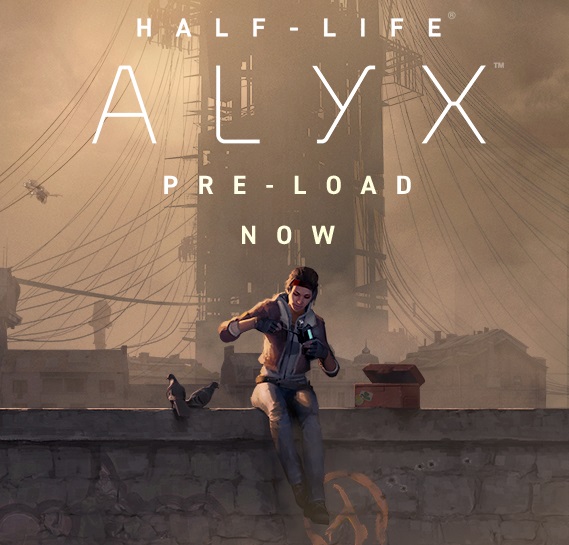 You can join the discussion on Half-Life Alyx being available to pre-load on the OC3D Forums.

AlienALX
Lol I thought it was coming in may.

looz
Unfortunately my Index shipping estimation has actually grown from the date I ordered. And I was only a minute late. Oh well, gotta stick to Qust + Oculus Link, even though the latency is a bit of a nuisance.Quote

hmmblah
I'm a few hours in...this game is absolutely amazing! To see striders and headcrabs to scale jumping at you, the environment, lighting, everything is top-notch. HL:Alyx alone is worth the $400+ to buy a VR headset.

Edit: You get so immersed in the game that you forget you're in VR sometimes. I've tried physically leaning on railings that aren't really there. Once I was laying on the floor crawling under a virtual desk just to see what it was like. Somehow I lined it up perfectly so when I hit my head on the leg of the virtual desk I hit the leg of my actual desk at the same time. Scared the crap out of me.Quote
Reply