The Nintendo Switch Hacking scene has evolved a lot in recent years, so much so that the console can be used with Linux and kitted out with a variety of open source software and a wide range of retro gaming emulators. That said, hackers are already pushing to do more with the system, with a Twitter user called imbushuo showcasing the console booting Windows 10, which should come as a surprise given the console's use of an Nvidia Tegra SoC.

Little more than a year ago, hackers were able to exploit the Nvidia Tegra X1 chip that powers the system, enabling users to instal custom software. Now, Windows 10 on ARM is being brought to the system, though at this time the OS cannot boot properly. Even so, bringing Windows 10 to a console is unheard of, and the Switch's lack of an x86 processor only makes the feat more impressive.

Windows 10 on ARM is designed to allow Microsoft to deliver low-power PCs using Qualcomm's ARM-based SoCs, though so far the combo has only seen moderate success, given the shortcomings of x86 to ARM emulation and the incompatibility with many popular Windows/x86 applications. 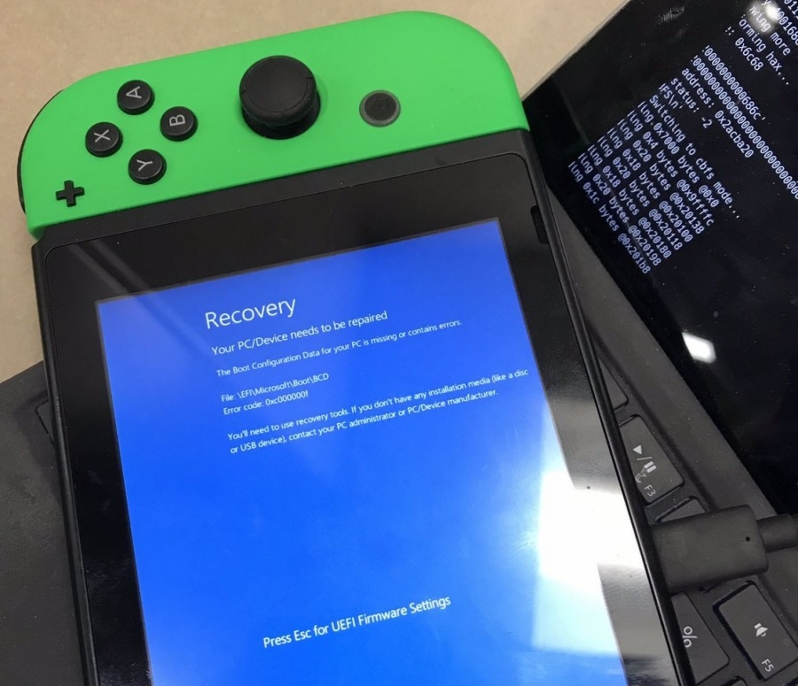 ("Hey Windows team / Nintendo, you know how to fix this right?")

You can learn more about imbushuo installing Windows 10 on a Nintendo Switch on his Twitter page and via GitHub. Don't expect Windows 10 to be in a fully workable state on Switch anytime soon.

Have you ever "hacked" a console? You can join the discussion on Windows 10 being installed on a Nintendo Switch on the OC3D Forums.