There's always a hardware buildup before every new console launch, with console manufacturers doing whatever they can to meet their early demand and fulfil pre-orders. With Google Stadia, this process should be easy. Everything is on the cloud, limiting manufacturing to their Stadia controller and existing hardware like their Chromecast Ultra.

Google has confirmed that they will not have made enough Stadia controllers to meet the demand for their "Founders Edition" hardware bundle. This means that some Stadia purchasers will not be able to receive hardware on November 19th. Stadia Founders Edition hardware will merely "start arriving" on launch day, which means that Google has committed the cardinal sin of console launches. They are leaving demand on the table.

In addition to this, Google has confirmed that their Stadia controller will only work wirelessly with their Chromecast Ultra at launch, requiring a USB connection to work with mobile phones or PCs. Right now Google says that Bluetooth support for the controller "may be added at a later date".

At this time it is unknown whether or not Google has intentionally limited their hardware availability, to reduce their initial server workloads, or if they have have simply underestimated the demand for their game streaming hardware. Either way, Stadia is due to receive a confusing launch, and there will be a lot of customers that will be disappointed on November 19th.

Stadia Founders Edition purchasers will receive a Chromecast Ultra, a limited edition Night Blue Stadia controller and three months of free Stadia Pro for both the purchaser and a friend. This bundle will cost £119/$129 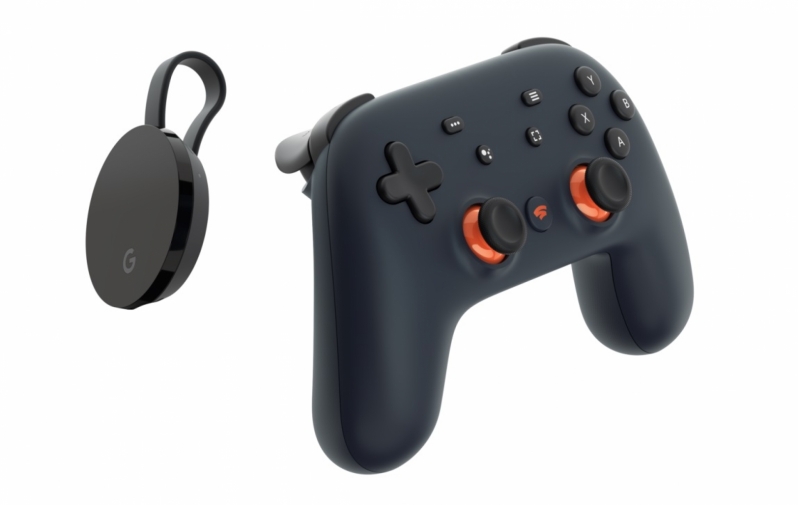 Google has confirmed that Stadia orders are being fulfilled and that orders will be delivered in the order that they were purchased. Stadia will be available as a free service sometime in 2020, allowing gamers to buy Stadia games with a 1080p 60FPS resolution/framerate limit.

Stadia's Pro streaming service will cost subscribers $10/£10 per month and offer users game resolutions of up to 4K at 60FPS alongside HDR support on applicable titles. At launch, Stadia will be available in 14 different nations, starting with Belgium, Finland, Canada, Denmark, France, Germany, Ireland, Italy, the Netherlands, Norway, Spain, Sweden, the United Kingdom and the United States of America. Availability in more nations will start in 2020.

You can join the discussion on Google's rocky Stadia launch plans on the OC3D Forums.

demonking
Have Zenimax and EA merged with Google?
First impressions are extremely important in product releases
poor availability and missing key features with notes of "MAY be added later" aren't exactly good first impressions.
Wait for the servers to be overloaded and games not working on the platform to be the next installment of this sagaQuote