Google has revealed Stadia, a Game Streaming service which can be accessed instantly, allowing any gamer with access to WiFi, a controller and Stadia to access their games on seemingly any device.

Google has claimed that its service runs using a custom AMD Radeon graphics card, a GPU which claims that the company claims offers 10.7 TFLOPS of graphics performance over 56 compute units. That's more than what AMD's RX Vega 56 offers, and more compute performance than both the Xbox One X and PlayStation 4 Pro combined. Better still, Google will also allow developers to run games across two of these graphics cards, offering multi-GPU support.

From the outset, Gamers will be able to use Google's Stadia service to offer 1080p 60FPS streams and 4K 60FPS streams, though 8K streams are planned as higher resolutions are adopted.

On the multiplayer side, Stadia's cloud nature prevents tampering and potential cheating, with Google planning to offer cross-platform gaming to their users, assuming that other gaming companies like Microsoft and Sony are willing to play ball. 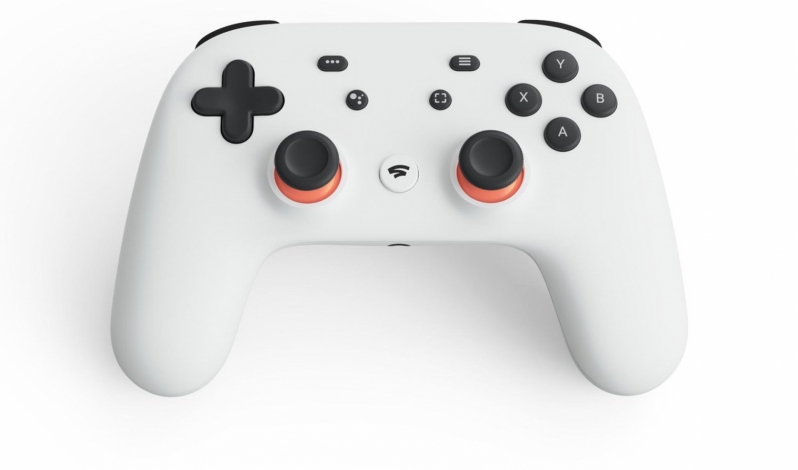 Through Stadia, users of Chrome can watch a game trailer on YouTube, hit Play Now and be playing the game in as little as five seconds, opening up amazing possibilities to gamers. So far, ID Software, Epic Games, Crytek and AMD have been revealed as software/hardware partners.

This is a developing story, and more information will become available regarding Stadia over the coming hours/days.

Stadia will launch in 2019, starting in the USA, Canada, the UK and several other European nations. No pricing information has been released at this time.

You can join the discussion on Google's Stadia service on the OC3D Forums.

NeverBackDown
Yeah this is very interesting. All depends on pricing and latency for multiplayerQuote

Pendragon
Input lag will be the killer, Go, No go for most every gamer out there.

I guess games can be developed were input lag can be less of a factor but for the games we all know and love the time between clicking a button and something happening is all important.

I have just pinged www.google.co.uk and got 26ms. For a single player game that is going to be fine. I'm not so sure for Rainbow six or Battlefield.Quote

tgrech
Enabling Vsync at 30fps adds upto 33.3ms of latency, most TVs add more than 25ms in their standard mode alone. 25ms is usually pretty small in the grand scheme of things, a single frame will often take around that to render, a human will take around 10 times that to react to visual stimulusQuote

Pendragon
Quote:
Yea but there isn't normally 25ms of lag between your mouse & keyboard to your computer. This system will have double bubble lag.

The lag between the controller and the data centre. The game has to respond to your input. Then more lag getting the image and sound back to you. This doesn't sound like it's going to be suitable for fast-paced precise PC gaming that would be needed for an fps shooter. A console gamer might find it acceptable. PC gamers that are willing to spend thousands on our rigs to save a few milliseconds are not going to find this acceptable.

tgrech
All lag including input lag can only manifest itself as visual or audible lag in the end as those are the only senses your computer can give you feedback from(usually), all these elements including the TV and most USB hardwares 8ms of lag adds up to create one type of lag, that between your inputs and what you see.

Well, this is of course a heavily controller focussed experience, hence why the controller connects to the server directly via WiFi to avoid the USB & bluetooth lag side of things, which are both far from perfect and on a similar scale as many modern fully wired fibre connections. It's of course never going to work well with a mouse and keyboard shooter or something.

Whether or not it works well generally will likely depend on how well distributed their infrastructure is and how good a users internet is, mostly.

For reference though, I'm on old 2.4Ghz WiFi with a cheap ISP supplied router and I get 15ms when pinging google, less than a 60fps frames render time.Quote
Reply