GoldenEye 25 is no more

The developers of GoldenEye 25 have announced that their fan remake of GoldenEye 64 is no longer in active development, stating that MGM Studios and Danjag, the James Bond licence holders, have "kindly asked" the team to cease the game's development.

GoldenEye 25 aimed to recreate the single-player portion of GoldenEye 64 within Unreal Engine 4, with hopes to release the game on PC in August 2022 to celebrate the 25th anniversary of Nintendo 64 classic.

With project Ianus, all James Bond references will be removed from GoldenEye 64, all weapons and items from the game will be given their real-world names or new fictional names. Thanks to this removal, Project Ianus can also be released on Steam. Consoles ports will also be possible.

IP Lawyering at its finest

There hasn't been a new Bond game for PC or consoles since the launch of 007 Legends in 2012. The franchise has no recent entries, and there doesn't appear to be any plans to release any new Bond games in the near future. In recent times, the closest that we have gotten to a new Bond game is Forza Horizon 4's "Best of Bond" DLC, and that's just a themed car pack.

GoldenEye 25 used no assets from GoldenEye 64, used no code from the original and was a non-profit fan game. It posed no threat to the James Bond franchise or its license holders. While IP law must be respected, these laws exist to encourage IP owners to create new products and media. When the proper right holders are unwilling to create new Bond games, do they have the moral right to shut down non-profit fan projects? Food for thought. 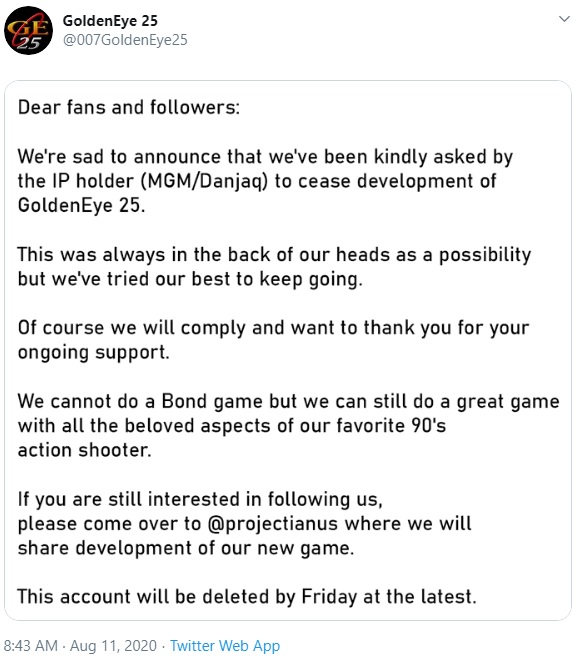 You can join the discussion on GoldenEye 25's ceasing its development on the OC3D Forums. 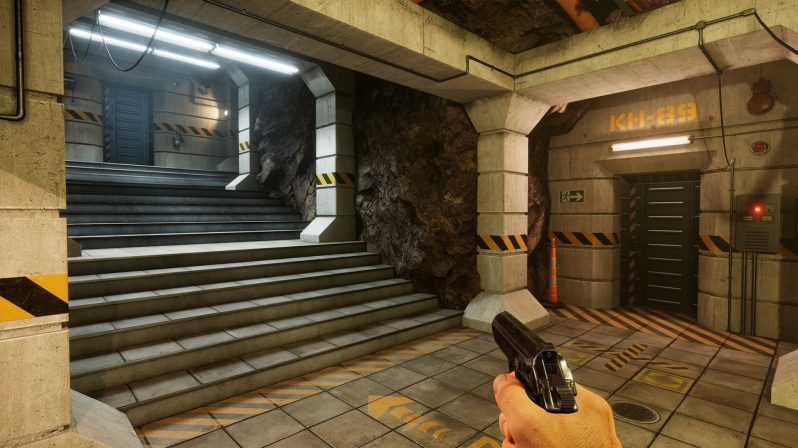 Wraith
It sucks but thats what happens when you use someone elses IP, on a plus side at least they will finish the game and simply tweek and rename it so we still get to try it.Quote

g0ggles1994
Quote:
Won't surprise me if the source code is "leaked" and some unknown throws the GoldenEye assets back inQuote

Warchild
Quote:
Leak it to the internet and nothing will stop it.

AlienALX
They should make the game on the posters in Duke Nukem Zero Hour. Browneye lol.Quote
Reply