GOG is currently selling The Witcher series with some steep discounts

Buy the entire series for less than Â£20

GOG is currently selling The Witcher series with some steep discounts

For the next eight days, GOG will be holding a promotional event for their "The Witcher" game series, allowing PC gamers to purchase DRM-Free versions of the entire series for under £20.
In this sales event every game in the Witcher series is available, The Witcher: Enhanced Edition, The Witcher 2: Assassins of Kings, The Witcher 3: The Wild Hunt and even the lesser known The Witcher Adventure game (a digital board game adaptation).
The highlight of this promotion is The Witcher 3, which has quickly become a modern classic for RPG fans on both PC and consoles, redefining what many gamers expect from the genre in terms of both graphical fidelity and storytelling.
We recommend buying The Witcher 3's "Game of the Year Edition" if you decide to purchase it, as for an extra £1.50 players will get access to all of the game's DLC, which is worth £9.99 during this sale and adds around 30 hours of additional content to the game. 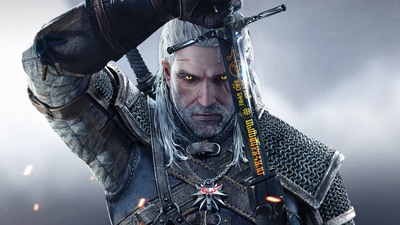 Those who are interested in taking advantage of this offer can do so on GOG, with this offer ending on October 25th.

You can join the discussion on GOG's The Witcher sale on the OC3D Forums.

AverageNinja
Great deal for a great game. I'm honestly tempted to get it myself.

Steam is having the same sale atm for those who prefer Valve's platform, by the way. €20 for the GOTY edition.Quote

NeverBackDown
Might just have to buy it on GOG and PSN even though I've beaten the game 5 times. Just to support CDPR.Quote

Pr3d4t0r
not a bad deal but you're essentially just buying witcher 3 for that (and dlc for 1 fiddy), witcher 1 has been given out free over the years and witcher 2 keys sell for £1 now days (great game still).Quote
Reply