A new challenger has entered the ring. These days, online gaming platforms rule the PC-gaming community. The most popular without a doubt, even though it has some limitations, is Steam. The first version of Valve's digital distribution platform launched in 2003, and its number of (active) users has been growing ever since. Steam's popularity is unmatched to this day. Although there is a new client coming, by Good Old Games, or GOG for short. GOG's Galaxy client is now in open beta, and it packs some interesting features. 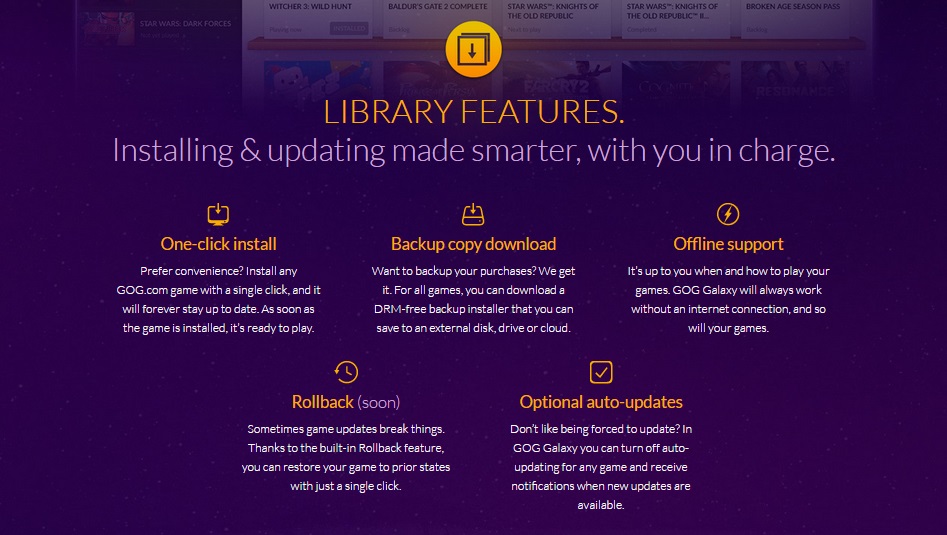 To start off, GOG Galaxy is DRM-free. That means that you don't need the Galaxy client to play games you purchases off of GOG.com. It can also make DRM-free backups of your games. Furthermore, GOG promises that the client and its games will always work offline, and extreme ease of use thanks to their one-click install feature. Last but not least, in a future update, GOG will add the option to 'rollback' a game's update. If a new update introduces new (game-breaking) bugs, you can downgrade it to a previous version with a single click.

GOG also promises enhanced privacy (they won't track your personal data), constantly optimised clients to decrease CPU and memory usage, and a feature that allows you to disable features (I don't know if you can disable this feature, I'll update you when I get my invite). Eat that, Steam, Origin and Uplay. 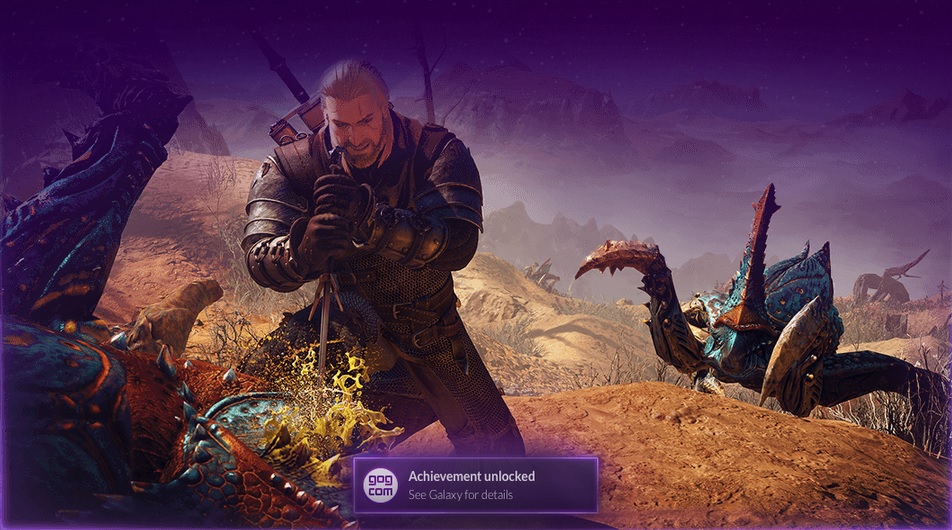 Loads of features right? Well, there's more. Obviously, there is Multiplayer, Game-time tracking, game statistics and Achievements. Community features like friend lists and online chatting are not forgotten, although you can not invite friends to play with you yet. That is something for another update. Have a game on Galaxy you want to play with your friends on Steam? Fear not, cross-play with Steam is possible. GOG will also add a game-overlay like Steam's own Steam Overlay in the future.

If you want to give Galaxy a try, you can sign up for the open beta here. Do note that you will need to receive an invite from GOG via e-mail, and that can take up to a few days. Yours truly is already waiting for his invite. Are you? Let us know.

Join the discussion on GOG Galaxy's Open Beta on the OC3D Forums.

GOG's Galaxy client is now in open beta, and it packs some interesting and unique features. Most importantly, it's...

Dawelio
I've never given a thought of things like these, but ever since I joined OC3D and you guys started getting into these News thingys, I've really gotten up to phase with stuff in the gaming and tech world. Awesome work guys and much appreciated!

For this article, I must say that the text was very nice on the eyes, sound very interesting and appealing I must admit. IF it truly does deliver these features as mentioned, then I might even join in on it in the future

Just raises the question... how come it was started earlier?, I mean, yes, Steam exists, but as far as I'm aware it doesn't have all of these features at this kind of extent. Or does it?...


Quote:
Thanks a lot mate, it means a lot to us

Mark and I of the news team are glad we can provide you guys with the latest news and keep you all up to date, glad we helped you with that

Galaxy does indeed have quite a few features Steam doesn't have, but I think that has to do with GOG's origins. GOG has always been focused on selling DRM-free games for an honest price, whereas Steam pretty much runs on DRM. The DRM-free backup wouldn't work for Steam. Same with the 'rollback' feature. There's no way you can downgrade your games on a gaming platform with DRM.

Thanks again dude, glad you enjoyed reading it

djmorgan
I signed up! had to to get my free Witcher 3, but also a host of other free games that I doubt I would ever play, prices of games seem good.