This isn't an Aorus, but it does boast a factory overclock

Rumour has it that Nvidia plans to launch a new graphics card next week, delivering the company's Turing graphics architecture to the mid-range with a new GTX offering.

What? GTX? I thought it was RTX now? What gives? Well, rumour has it that Nvidia's new graphics card will offer their Turing-powered CUDA cores, but lack support for Nvidia's RTX features like DLSS and RTX Ray Tracing, thanks to the GPU's lack of Tensor cores and RT cores respectively. Nvidia's next graphics card is rumoured to be called the Geforce GTX 1660 Ti.

Like all other previously leaked Nvidia GTX 1660 Ti graphics cards, this GPU sports 6GB of GDDR6 memory, giving it just as much VRAM as the higher-end RTX 2060. At this time the Gigabyte GTX 1660 Ti OC is expected to be the company's low-end GTX 1660 Ti offering.

Videocardz has also reported that Nvidia plans to release their GTX 1660 Ti on February 22nd. 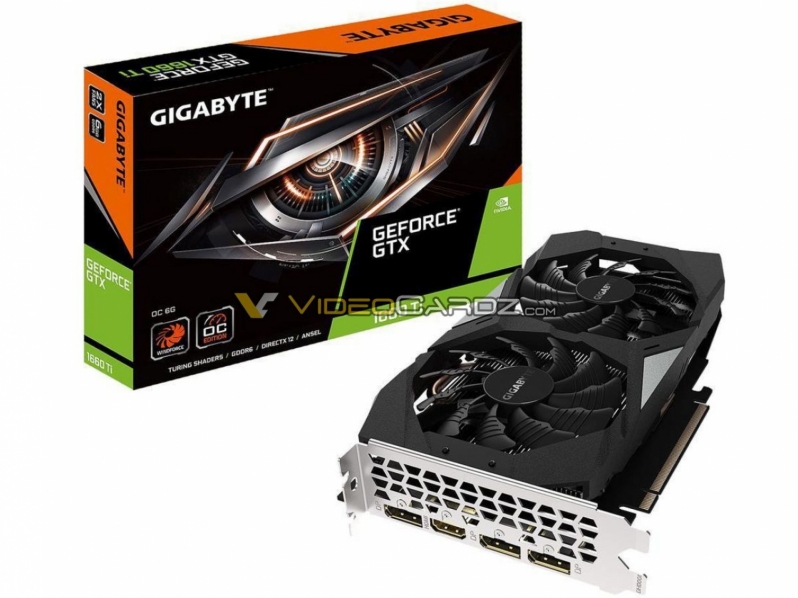 You can join the discussion on Gigabyte's GTX 1660 Ti OC on the OC3D Forums.