I guess that confirms it. New Game!

On Monday, Ubisoft started to tease new Ghost Recon content, what could have been a sequel to Ghost Recon: Wildlands or DLC/Expansion content for the game. Now, we know that Ubisoft is working on a new Ghost Recon title, a game called Breakpoint, which will be revealed on May 9th.

The game briefly showed up on the Ubisoft store, with fans of the series quickly taking a screenshot of the game's collectors edition before all references to the game were removed from the storefront. Now, this image is available on the Ghost Recon subreddit (thanks jrmywl30), making it available for all to see.

Ghost Recon: Breakpoint is due to be revealed tomorrow during a world premiere livestream at 7:30 PM BST, which will likely showcase some teaser footage for the title, building hype for a broader unveiling at E3 2019. At this time it is unknown whether or not this game will act as a direct sequel to Wildlands, or if Breakpoint will take the series in another new direction. I guess we just have to wait and see. 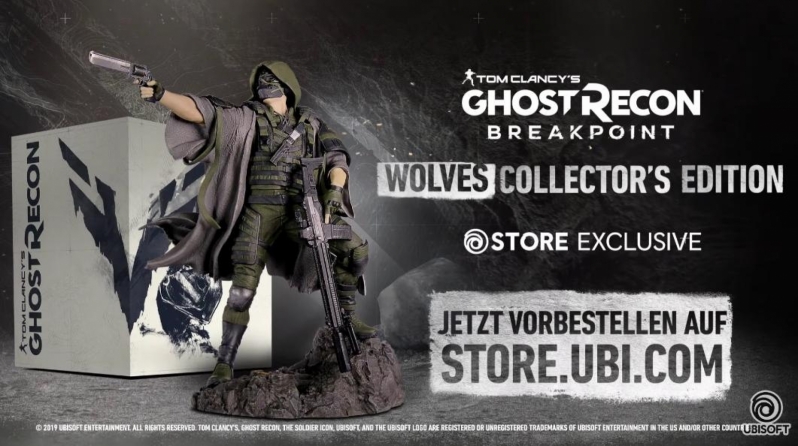 You can join the discussion on Ghost Recon: Breakpoint's leaked Collectors Edtion on the OC3D Forums.