Ready for some PC gaming bargains?

April 29th marks the start of Golden Week in Japan, a week that contains four national holidays for the country. These include Showa Day on April 29, Constitution Memorial Day on May 3, Greenery Day on May 4, and Children's Day on May 5.

To Celebrate Golden week, Steam has invited Japanese developers to participate in the company's "Golden Week Sale", allowing PC gamers to buy their games at reduced prices to celebrate this year's festivities.

PC gaming has made a lot of headway in Japan in recent years, and many Japanese titles have found a lot of recent success in western markets. These changes have brought a huge number of Japanese games to Steam over the past few years, from remastered classics to all-new game releases.

Even some recent releases have gotten some notable discounts, including Yakuza: Like a Dragon, which has a 30% price reduction, Persona 5 Strikers, with a 20% price decrease, and Dragon Ball Z: Kakarot with a 60% price reduction. 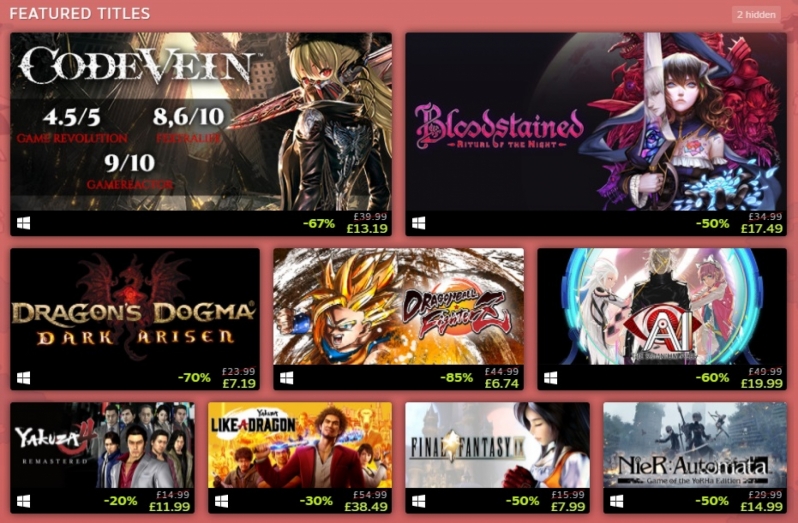 Steam's Golden Week Sale will be running until May 6th at 6 PM BST. You can have a look at what games are on offer on Steam.

You can join the discussion on Steam's Golden Week Sale on the OC3D Forums.