The test is coming to both PC and Xbox One

On July 19th, Microsoft and The Coalition plans to host a "Gear of War Technical Test" for Gears 5, enabling both Windows 10 and Xbox One users to play through several sections of the game, including the game's Arcade, Escalation, King of the Hill, Bootcamp and Tour of Duty multiplayer modes.

This technical test will allow Microsoft to stress test their servers and allow them to test the game over a wide variety of PC hardware configurations, giving the game's developers access to valuable feedback which could be used to improve the game. 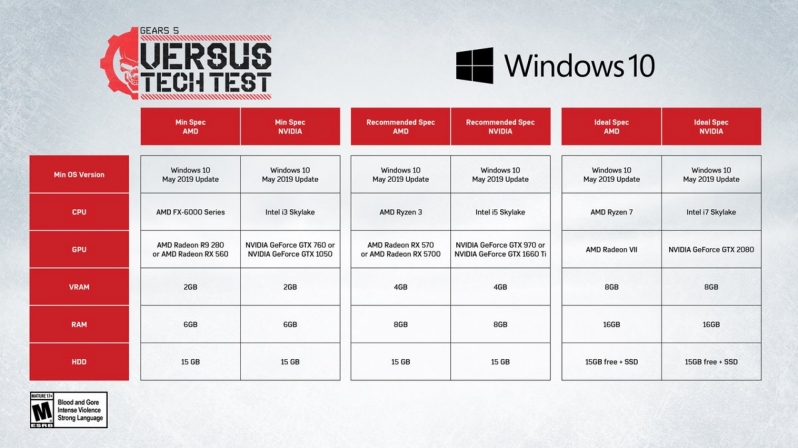 Below are Gears 5's Technical Test PC hardware requirements. These a split between all-AMD and Nvidia+Intel system setups. Sadly The Coalition has not listed these system requirements with resolution or framerate targets.

You can join the discussion on Gear 5's Technical Test and PC hardware requirements on the OC3D Forums.