Gears 5 confirmed to have a Fall 2019 release date

Rumour has it that the game will release on September 10th

Gears 5 confirmed to have a Fall 2019 release date

Posters from E3 2019 have confirmed that The Coalition's Gears 5 will release in Fall 2019, reaffirming that the game will release this year. Microsoft's E3 Press Conference takes place tomorrow at 1 PM PST/10 PM BST, presenting Xbox with an opportunity to showcase more gameplay and reveal the game's exact release date.

Rumour has it that Gears 5 will launch on September 10th, with this leak coming alongside leak boxart for the game, which was later confirmed to be genuine. September 10th sits within the Fall 2019 timeframe, though we will have to wait for Microsoft's confirmation before we take this launch date as fact.

Gears 5 will be the first of two Gears games that release this year, with Gears Tactics, an X-COM-like strategy game, being set to come to PC later this year. Both Gears 5 and Gears Tactics were revealed at E3 2018. 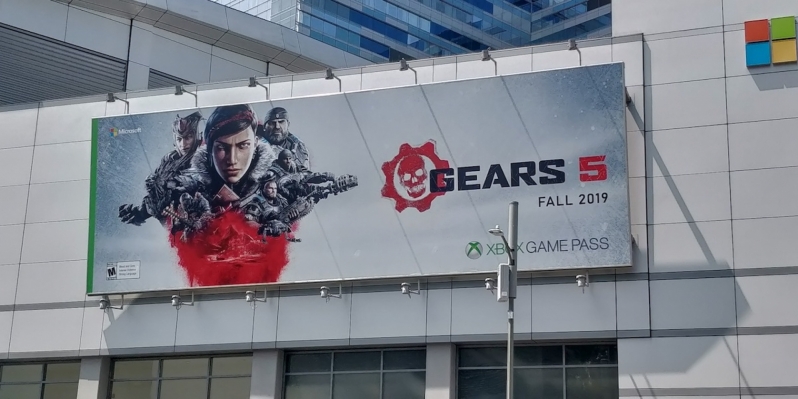 Microsoft is set to reveal 14 first-party Xbox One titles at E3 2019, capitalising on Sony's absence from E3 by showcasing a wide range of Xbox exclusive gaming titles.

You can join the discussion on Gears 5 on the OC3D Forums.

looz
Is the protagonist going to be named Needell Tiff?Quote