Garfield Kart - Furious Racing has been announced for PC

Garfield Kart - Furious Racing has been announced for PC

2019 is the year of the kart. It's hard to deny it at this point. This year has seen the release of Crash Team Racing: Nitro-Fueled and Team Sonic Racing, but now PC gamers are getting what they've all been waiting for... Garfield?

Yes, 2013's Garfield Kart is getting a sequel, and it is coming to PC via Steam. Right now the game is due to release on PC on November 5th in the US and on November 7th in Europe, though strangely the game features a "Planned release date" of November 21st on Steam, at least in the UK.

The game will feature eight iconic Garfield characters including Garfield, Odie, Jon, Nermal, Arlene, Liz, Harry and Squeak, feature support for up to 4-player split-screen and up to 8-player races online.

Garfield, the famous lasagna-loving Cat is back to take on Jon, Odie, and company in a no-holds-barred racing game! Choose your character and kart according to their characteristics and your driving style, get off the starting line first, and control skids to outrun your opponents. Use crazy bonus objects, like the pillow or the magic wand, to gain an edge and get over the finishing line first. Are you lazy like Garfield? Take shortcuts to overtake the other racers with the spring! Race your friends in local or online modes, with up to eight players on 16 iconic circuits from the world of Garfield. 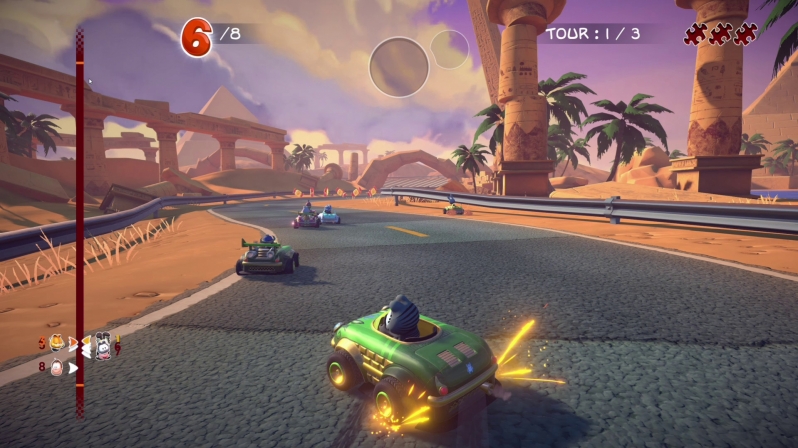 You can join the discussion on Garfield Kart - Furious Racing coming to PC on the OC3D Forums.