In his AMA yesterday on Reddit, Gabe Newell has confirmed that Valve has "unannounced" games in development, which will be based on their Source 2 engine.
In recent years, Valve has been a champion of Open Source software development, contributing the creation of new games on Linux and the adoption of the open standards like OpenGL and Vulkan API. Gabe Newell has also stated that he wants to continue developing the Source 2 engine and make it available to a wider community of developers free of charge.

We are continuing to use Source 2 as our primary game development environment. Aside from moving Dota 2 to the engine recently, we are are using it as the foundation of some unannounced products.
We would like to have everyone working on games here at Valve to eventually be using the same engine. We also intend to continue to make the Source 2 engine work available to the broad developer community as we go, and to make it available free of charge.

During his AMA, Gabe Newell also stated that VR is important to Valve and has explained why Steam has made certain changes to the platform in recent years. On thing that Gabe mentioned was their removal of "flash sales", from recent sales events, which is an example of how Valve have made certain aspects of the Steam Storefront more accessible/user-friendly.

We found that really short discounts made it difficult for many people to participate.
By removing the flash sales, users can count on finding the best deals whenever they are able to visit the store during the sale. 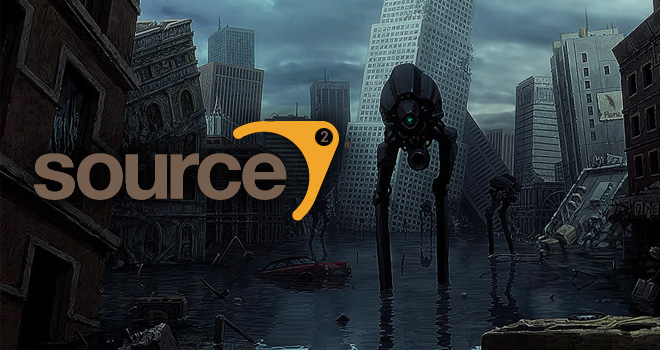 Gabe Newell also confirmed during his AMA that Valve will be moving to their new offices Lincoln Square Park Washington on July 22nd, a move which will double Valve's Floor space and will be able to facilitate more workers and the development of more products.
When asked about Half Life 3 and the game's rumoured cancellation Gabe states that "The Number 3 must not be said" and sarcastically states that he believes all rumours on the internet.

The number 3 must not be said.
Yes. I personally believe all unidentified anonymous sources on the Internet.

Sadly this AMA did not reveal any now Steam hardware or software products, or even place any hints in that regard, though we do have assurances from Gabe that Valve has not stopped developing games, which hopefully means that we will be seeing something new from Valve in the near future.

You can join the discussion on Gabe Newell's Reddit AMA on the OC3D Forums.

Damien c
Some people are already speculating that HL3 is in development, will be interesting to see what they are developing though.Quote

All developed in house these days, and you really think they don't have plans to have them on SE2 ?Quote

A new HL or L4D would do me for the year

A7ibaba
He's just not ready for conclusion of Half Life saga, but it would be nice to get some kind of episodes in continuation from Half Life 2 Episode 2Quote
Reply