AMD's Ryzen Threadripper 3990X has been released, and it offers PC builders irresponsible levels of multi-threaded performance, but with this multi-threaded throughput comes the need for extra DRAM.

G.Skill has built itself up to become one of the world's leading memory manufacturers; and to celebrate the release of AMD's Ryzen Threadripper 3990X processor, they have prepared a 256GB kit of memory which offers high speeds, low latencies and validated 3990X support.

This 256GB memory kit uses eight 32GB DIMMs which run at 3600MHz at CL16-20-20 timings, which is a good mix considering the size and number of DIMMs which G.Skill has utilised. G.Skill has tested these new memory DIMMs using ASUS' ROG Zenith II Extreme Alpha motherboard, a screenshot of which is available below.

Sadly, these DIMMs aren't due to come to market until Q2 2020, which means that it will take a while for these high capacity, low latency DIMMs to hit the market. 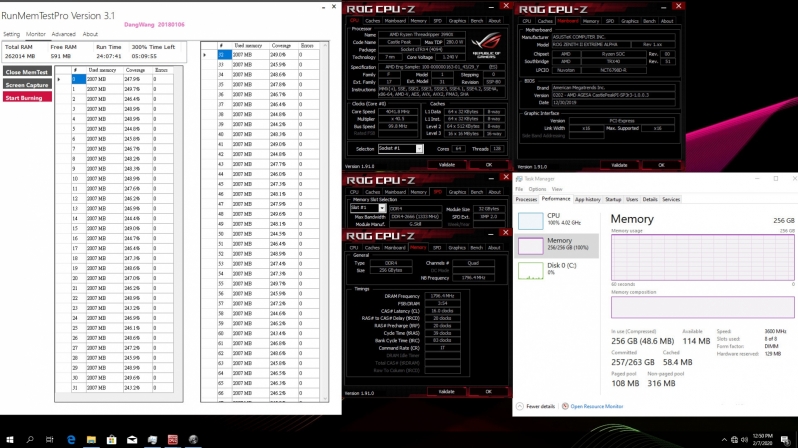 You can join the discussion on G.Skill's 256GB Trident-Z Neo memory kits for AMD's Ryzen Threadripper 3990X on the OC3D Forums.