Fox 21 to create a TV Show based on Dontnod's Vampyr

Ready for a trip to vampire-infested London?

Fox 21 to create a TV Show based on Dontnod's Vampyr

Dontnod Entertainment and Focus Home Interactive released Vampyr on PC, Xbox One and PS4 earlier this year, placing players into the shoes of Dr Johnathan Reid, a Doctor-turned-vampire who lives in 1918's London.

In the game, post-WWI London is getting hit by a plague, a matter that is only made worse by the appearance of supernatural elements. Players must satisfy their hunger for blood while trying to keep their conscience clean, or, alternatively, carve a river of blood to solve the discover why you were turned into a monster and solve the mystery behind the virus that is ravaging the city.

Vampyr topped the UK release charts when it launched in June, sparking the interest to those outside of the games industry. Dontnod has confirmed that they have granted Fox 21 the rights to create a TV series based on Vampyr, the same studio that produced the live-action adaptation of Life is Strange.

The dark setting of Vampyr would be "a fantastic premise for a television show", said Dontnod CEO Oskar Guilbert, who also that that the series would be "a new and exciting way for fans of the game, as well as the uninitiated, to enter and engage with Vampyre's rich, deep story." 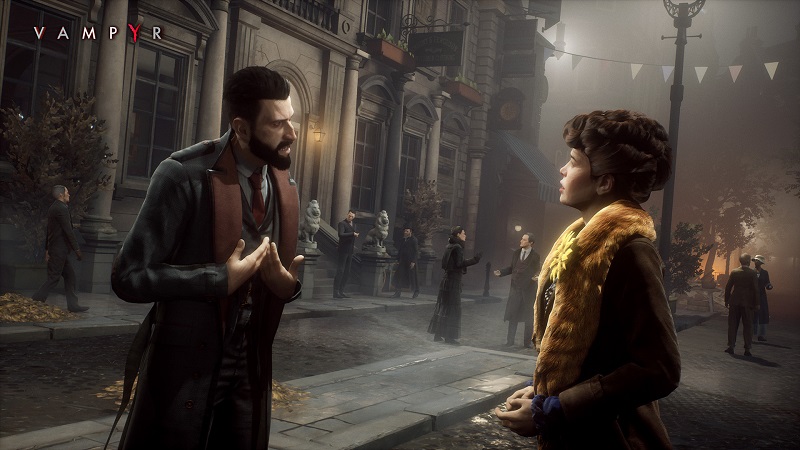 This announcement does not guarantee that a TV adaptation of Vampyr will ever see the light of day, though it does point towards a bright future for Dontnod's IP.

You can join the discussion on Fox 21's plans to make a TV series based on Vampyr on the OC3D Forums.