Does your PC have the horsepower to race through Britain?

Playground Games has officially revealed the PC system requirements of Forza Horizon 4, which is set to release on October 1st, for the Standard Edition, or September 27th, for the Ultimate Edition.

Since the release of Forza Horizon 3, Turn10 and Playground Games have been busy optimising the ForzaTech engine to deliver increased performance on both PC and console hardware, especially on the CPU side. Thanks to these changes, Forza Horizon 4 is expected to be much easier to run than its predecessor, which had difficulty maintaining 60+ FPS framerates at launch thanks to the game's lacklustre multi-threading support. While this was later mitigated with a post-launch multi-threading patch, it contributed to the bad reputation of Microsoft's Windows 10 Store and their UWP game format.

At Gamescom, Playground Games confirmed that Forza Horizon 4 would feature support for ultra-wide 21:9 resolutions on day-1, feature an adjustable FOV setting and offer graphical settings that are "beyond Ultra". This means that the PC version will be able to provide visuals that surpass the game's Xbox One X counterpart, allowing players to fully utilise the might of modern graphics hardware on the PC platform. 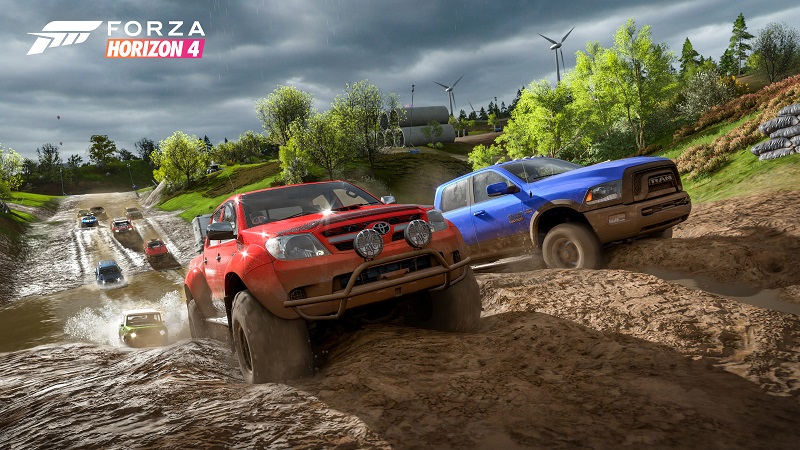 Forza Horizon 4 players should have a minimum of a dual-core, quad-thread Intel Core i3-4170 processor or a quad-core i5-750 processor, with the developers recommending an i7-3820. The game will require PC players to be using Windows 10 build 15063.0 or higher and have access to 8GB of system memory, though 12GB is recommended for higher graphical settings.

On the graphics side, the games minimum requirements remain the same as Forza Horizon 3, asking for an AMD R7 250X or Nvidia GT 740, though the Nvidia GTX 650 Ti has also been added to the list. Playground Games recommends Nvidia's GTX 1060/GTX970 graphics cards o AMD's R9 290X or RX 470 graphics cards.

You can join the discussion on Forza Horizon 4's PC system requirements on the OC3D Forums.

Daiyus
I should be able to play this pretty much maxed out at 2160p (Horizon 3 did no problems after the patches). I know the top end settings will be more demanding this time but I reckon I'll still get it looking about as good as it can with locked 60FPS.

This is the first game I've pre-ordered in years. I don't normally support pre-ordering anything but I always spend hundreds of hours messing around in Horizon titles so even at release prices it's worth the risk for me. I'm tempted to book the 28th off to be honest.Quote

TheF34RChannel
I'm pondering a pre-order. New to the series I started with 3 recently and really like it except two things still absent in 4: map is way, way too small and no test driving before you spend millions.

However, this guy is going to drive a Senna and that'll be the closest I'll ever get! Although I stood next to a beautiful 720S (I think) yesterday at the lights. If I could just have whacked him on the head... *shifty eyes*

NeverBackDown
Quote:
I wish games like this would allow consumers to enter contest to offer up models of cars and like every month 5 get nominated and at the end of the next month 1 gets chosen. Would be awesome. Not sure how copy right would work. But if it's a model created entirely by someone and they give permission to give it to the devs I wonder if it would slide..Quote
Reply