Forza Horizon 3 will be removed from sale on September 27th

The game is reaching its 'End of Life' next month

Forza Horizon 3 will be removed from sale on September 27th

Playground Games' Forza Horizon 3 is about to be removed from sale on PC and Xbox One on September 27th, following a long tradition for the franchise which sees each game removed from digital sale four years after each game's launch.

While it is unknown why Forza Horizon 3 must be removed from sale, it is likely that Microsoft's licensing agreement with vehicle manufacturers and music providers has is limited duration. Thankfully, digital and physical owners of the games will still be able to access both titles, which means that fans of the series will still be able to race in the game's Australian map and replay the game's Hot Wheels expansion.

Until September 27th, Forza Horizon 3 standard will be available on the Microsoft Store for £6.59 and the game's Ultimate Edition will cost £17.99. The game's Expansion Pass, which includes the game's Blizzard Mountain and Hot Wheels expansions, is also available for a discounted price of £8.77.

Now is the last time that Forza Horizon 3 will be available for Xbox One and PC, so purchase the game while you can if you want to add it to your library. At this time, Microsoft has no plans to disable Forza Horizon 3's online component. 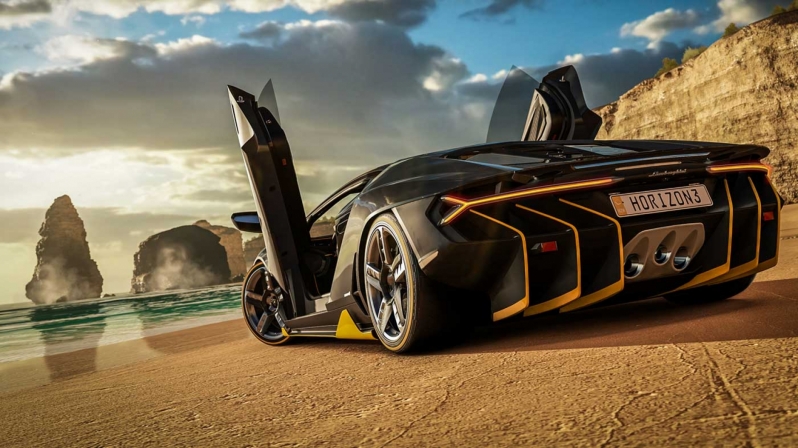 You can join the discussion on Forza Horizon 3's planned removal from sale on the OC3D Forums.

Dicehunter
This is exactly why video game archiving is so important, This happens so often with various games, Digitally on sale and then POOF, Gone.Quote

Digikid
This is why it is FAR smarter to grab the physical editions. Then grab the digital versions when they give them away.Quote

NeverBackDown
Will the online service also be dropped or is just the sale of the game because of contractual agreements?Quote

Darkdayzzz
Quote:
Far as I can understand and find: just the sale of the game. Online services for it seem to be intact. This is also being based on the fact that horizon 2 is still working online as of today so its a good indication :PQuote

WYP
Quote:
I'll look this up and update the article accordingly.

Update - It seems like they have no plans to close the game's servers ATM.Quote
Reply