Fortnite is now the 'king of battle royale'

Superdata has released worldwide digital games revenue analysis for March 2017, stating that global consumer spending has increased by 2% to hit a total of $8.9 billion globally.  Global revenue has seen an increase of $0.2 billion year-over-year (YoY), with console platforms acting as a primary growth driver.

In their report, Superdata states that Fortnite has earned $223 million across all platforms (PC, Console and Mobile), overtaking PUBG on PC in terms of revenue to become the world's largest Free-To-Play console game of all time.

This is a reported 78% increase in revenue since last month, with frequent content updates and this season's Battle pack acting as major revenue growth vectors for the title. Fortnite has now become the highest earning game on console platforms in terms of digital revenue. Remember that this data is from March, before Fortnite's official iOS (non-invite only) release on April 1st, keeping the game off mobile's top 10 earners chart, which includes iOS and Android. 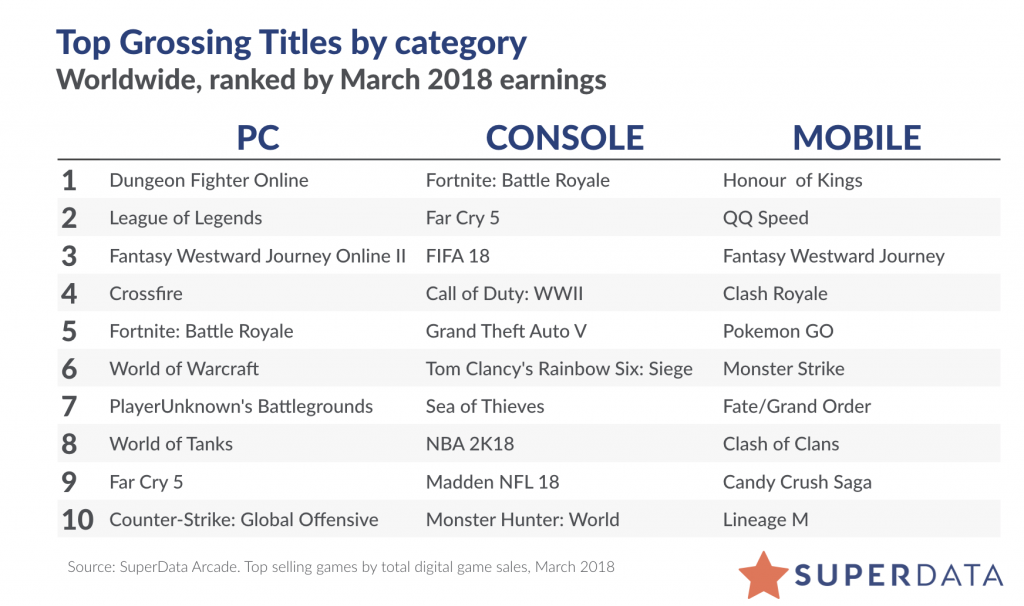 Earning of $223 million is an impressive achievement Epic Games, surpassing what most games make in their lifetimes, showcasing exactly why Epic has doubled down on the title and have abandoned less successful releases like Paragon.

Fortnite is an impressive title from a technological perspective, offering the same gameplay experience on PC, consoles and iOS devices.  Graphically Fortnite looks great on all platform while providing cross-platform multiplayer on all platforms, making Fortnite a technical showpiece for Epic's Unreal Engine 4.

You can join the discussion on Fortnite's reported earnings of $223 million in March on the OC3D Forums.