You'd be surprised by what AMD has revealed

When AMD revealed its first Radeon RX 6000 graphics card image, many PC gamers were surprised that they would be able to find out more information about the graphics card in Fortnite.

Within Fortnite's Creative Island Mode, Island Code 8651-9841-1639, AMD has created a full Radeon RX 6000 graphics card model for gamers to look at and explore. While many hate the fact that they need to download Fortnite to gain access to the latest Radeon graphics card, the stunt has generated a lot of social media interaction and has given Radeon fans the opportunity to participate and AMD's latest product teaser campaign.

Below we have images from @boot_sequence on Twitter and a video from the YouTuber Anshel Sag. Both showcase AMD's RX 6000 series graphics card at multiple angles and reveals some unique information about the graphics card which was previously unknown. 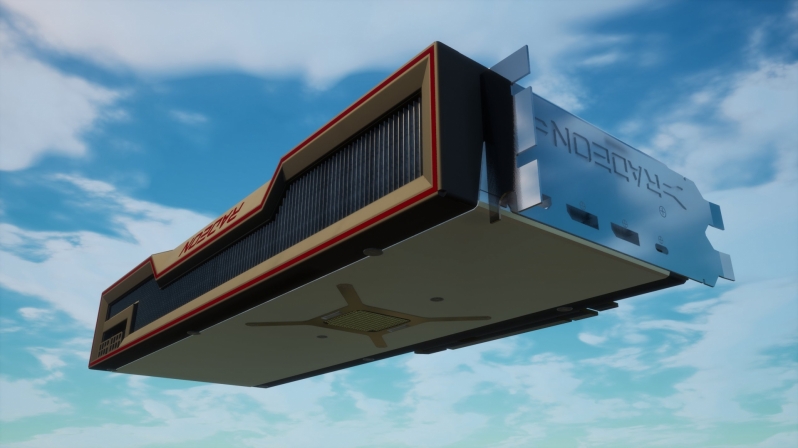 Once again, we can see that AMD's cooler design will use three axial fans and utilise a heatsink design that is similar to both AMD's Radeon VII graphics card and Nvidia/s RTX Turing Founders Edition graphics card models. This heatsink appears to be more than capable of cooling AMD's Radeon RX 6000 flagship, and it will likely ship with a power target that's much lower than Nvidia's RTX 3090. 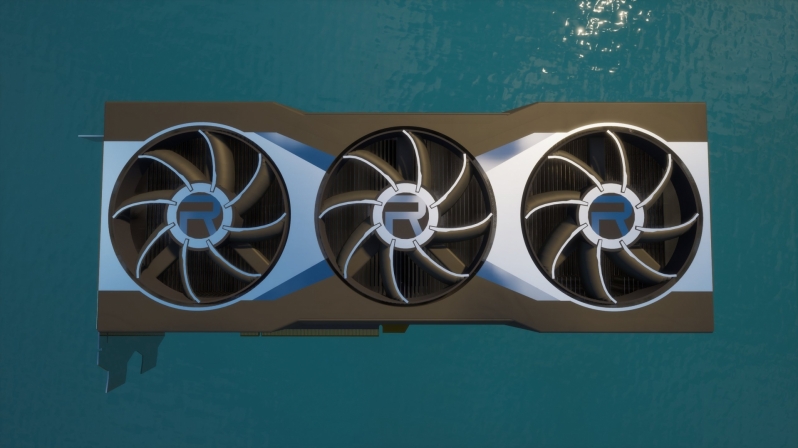 AMD is due to launch its RDNA 2 series of GPUs on October 28th 2020. Before then, AMD plans to reveal its Zen 3 architecture on October 8th at a separate event.

You can join the discussion on Fortnite players seeing AMD's RX 6000 series graphics card at all angles on the OC3D Forums.